Share All sharing options for: Joe Beef to Host Throwback Dinner at Globe

They may be alums of Globe but Joe Beef is a departure, to put it mildly, from the Main's staple supperclub.

But now, on the heels of Globe's 20th anniversary, Dave McMillan and Fred Morin are going back to boulevard Saint-Laurent for one night, on November 25, to revive some old school classics.

"We're going to do a throwback menu from our glory days at Globe," said McMillan earlier today. "It'll be very late '80s, very '90s in feel. I was at Globe for about ten years and Fred was with me for about six of them. It's where we came up together."

After McMillan and Morin left to invent a Little Burgundy scene with Joe Beef, Liverpool House and, now, Le Vin Papillon, there was no love lost between the duo and their former employer. This looming mashup is as good a signal as any of squashed beef.

"We couldn't have done it without some of the great chefs who came through our doors," says Globe's owner/operator Roberto Pesut. "People still remember (McMillan and Morin's) food. It was simple, more sophisticated."

Pesut went on to add that the idea only recently came to mind. Although some logistics have yet to be fleshed out (menu details, reservations), the event will have a charitable angle.

And for retro kicks, a screengrab of Globe's menu, circa 1998. 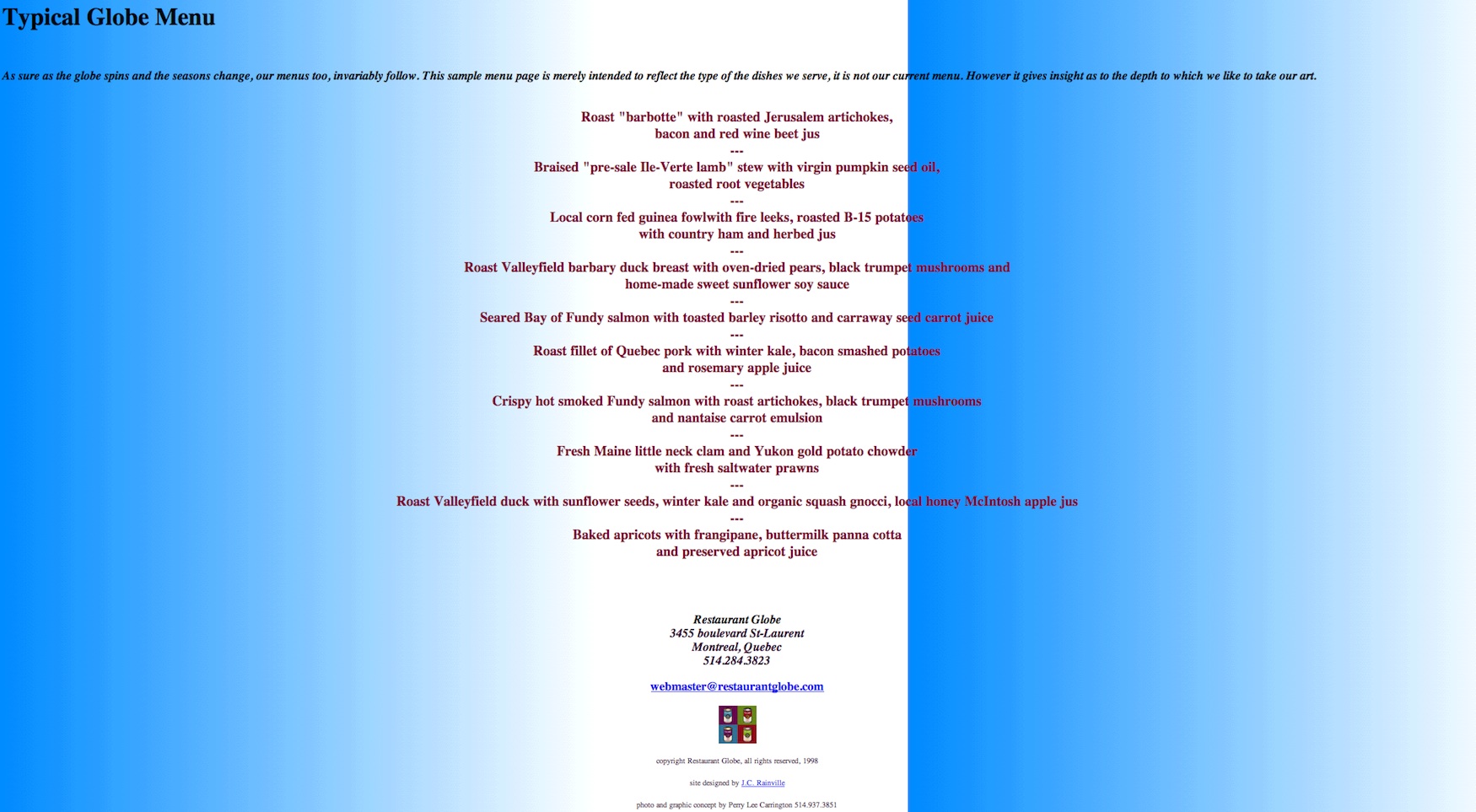