The most memorable paragraphs from Lesley Chesterman's Bistro à Champlain review from this past June read like a paean:

I recently found myself moved by a restaurant meal, but for very different reasons. It wasn't about the food or service, but the restaurant's owner, a seminal figure in Quebec's wine world: former radiologist, art collector, avid fisherman and true bon vivant, Champlain Charest. His restaurant is the renowned Bistro à Champlain.

And there, standing amid these dreamy bottles, is the man who pulled it all together, the person who has hosted the world's top winemakers in his restaurant and on his fishing boat, flute of Champagne in hand. If ever there was a man in his element, it would be Champlain Charest on the floor of his bistro. I watched him in action all night, moving quietly from table to table, chatting to customers; many appeared to be regulars, with whom he shared a glass or two. And at 82, despite failing vision, he still appears completely immersed in it all, this world of his set in motion when he began collecting wines in 1964.

The man Joe Beef's Dave McMillan calls a "legend" was fêted last night, along with some of his favourite winemakes, by the SAQ at the Parquet of the Caisse de Dépôt et Placement du Québec.

Have a gander at the gala's food and wine menu, which came in at $275 per. 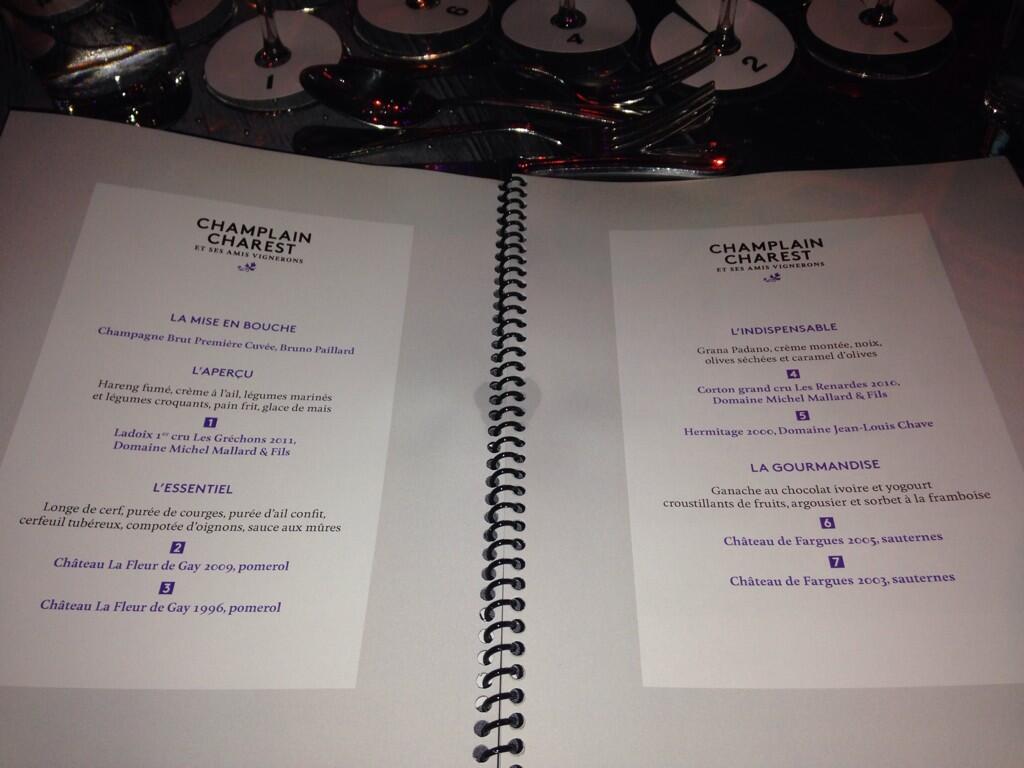