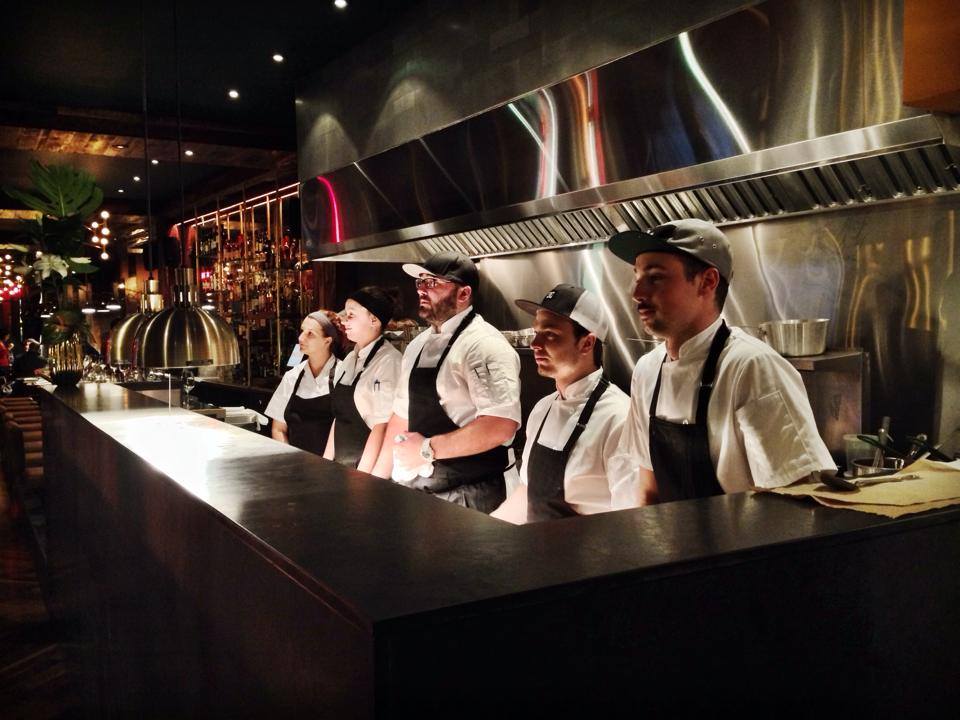 It is tough to find a street in Montreal that has undergone more changes over the past decade than McGill, most certainly in restaurant density terms. Old Montreal's western-most north-south artery was never short on architectural charm but was tumbleweed-prone as recently as the late 1990s.

Fast forward a decade or so and it is almost impossible to zoom an inch on Google Street View without spying a restaurant or bar on this now buzzing strip. A diverse strip too, with pubs (Brit & Chips), supperclubs (L'appartement), 5 à 7s (Bar Confessionnal), brunch and lunch spots (Le Cartet), steak frites emporiums (Holder) and bona fide fine dining establishments (Graziella).

Chalk up a new addition in the latter category. Racines opened last night, officially, if not a little late and after months of speculation, and sports a talented young chef in Simon Mathys. The restaurant takes over from lacklustre diner Louigi's (described by one astute TripAdvisor reviewer as "Quick and Dirty").

The real story here, however, is Mathys. The l'École Hôtelière de Laval grad is late of Bar & Boeuf, where Lesley Chesterman described his food as "brilliant" and implored owner Jorge da Silva to take better advantage of his skills.

Mathys is known for a delicate artistry that contradicts his burly appearance and which he liberally shares with a modest collection of Twitter followers. Aside from Bar & Boeuf, his résumé also includes stints at Laurie Raphaël with Daniel Vézina, La Ferme de l'Hospital, a Michelin star restaurant in France, and Les Cons Servent under Stelio Perombelon.

For more details, here is the official press release announcement. 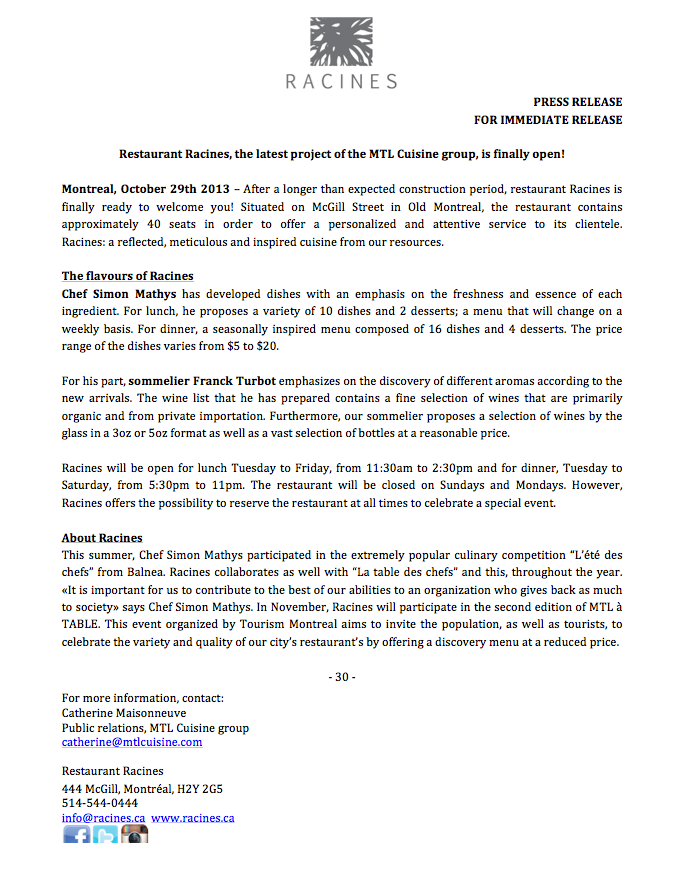 And, bonus, a video of Mathys in action at the Été des Chefs event this past summer.