Share All sharing options for: Shellfish Shaman John Bil on Chefs for Seals 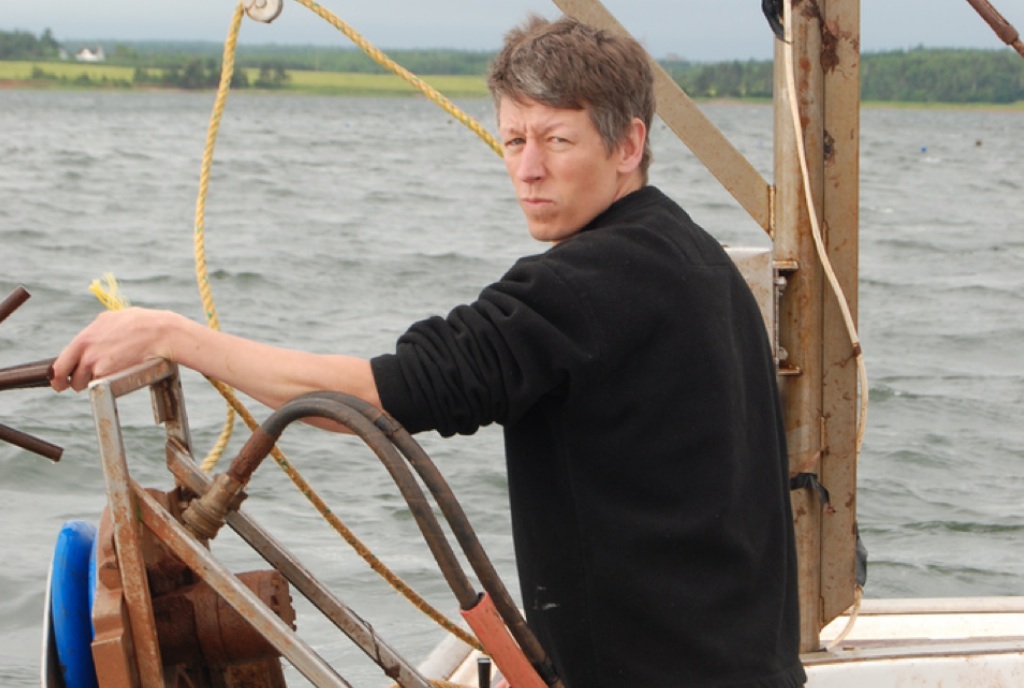 John Bil's involvement with the seafood industry spans over two decades and includes every level, from the water and plant floor to some of the most important restaurants in North America.

Bil's name graces the pages of The Art of Living According to Joe Beef: A Cookbook of Sorts and the Cabane à Sucre Au Pied De Cochon cookbooks. He has been cited by The New York Times as one of Prince Edward Island's "shellfish shamans". In addition, Bil has been featured in The New Yorker, Bon Appétit, Vanity Fair amd Gourmet. His restaurant, Ship to Shore, in Darnley, P.E.I. was named one of Canada's Top 10 New Restaurants in 2009, by enRoute magazine.

Point: If anyone knows what's up with Canadian seafood, it's Bil. The two-time North American shucking champion spoke to Eater Montreal today about the 'Chefs for Seals' dust-up.

What do you make of this Humane Society, and Food & Wine chef pledge to boycott Canadian seafood over sealing?
It makes no sense. Fishermen have no say over what happens with seals at all. Take my home province, P.E.I. So much of the seafood industry is inshore. That's all regulated by the province, not the D.F.O. [Fisheries and Oceans Canada]. They can't stop it. It's federal versus provincial. Two totally separate jurisdictions. So those guys [fishermen, those in the seafood industry] have no leverage. Even if they were against seal hunting they couldn't do anything about it.

The Humane Society of the United States writes about sealing in Canada like it's a massive industrial concern.
Ridiculous. How many seal fishermen are there anyway? This isn't a big industrial or commercial endeavour. You want to talk slaughter? Pollock fishing is a slaughter. This is small scale. And it takes place on ice that's reducing every year.

What about the fact that the Humane Society says it will support Canadian fishermen who denounce the seal hunt?
It makes no sense. How do chefs know which fishermen the fish came from - one that signed a pledge and one that didn't? These restaurants have fish with dodgy provenances even if they don't realise it. Nobody's buying fish directly from the boat. Maybe a few restaurants in New York buy from Montauk but it's very rare. You just can't say which fishermen fished what.

It's so disingenuous. This campaign is like picking on the U.S. because of one pig farm. And why seals? Seals have nothing to do with fish. Seals aren't even fished. They're caught on land. Land, water. Two different places. Why single out the seafood industry? If they [the Humane Society] said, 'let's go after Canadian oil, water or beef' maybe I'd understand. But seals have no affiliation with the seafood industry. The fishermen I know in P.E.I. - hundreds of fishermen - not one of them has ever harmed a seal. Nobody even talks about seals, except when Paul McCartney is in town. The seal industry is literally a different industry.
· Canadian Shucker in the Big City [NYT]
· All Seal Coverage [EMTL]