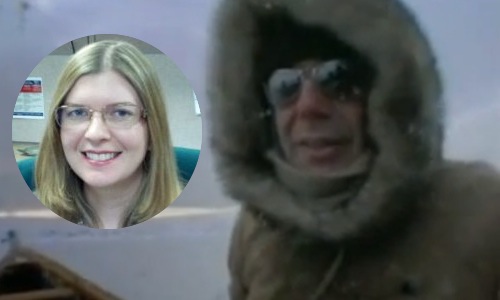 Eater Montreal spoke with Kathryn Kullberg today, the Director of Wildlife Protection at The Humane Society of the United States, about the 'Chefs for Seals' boycott of the Canadian seafood industry.

What do you make of Anthony Bourdain's tweets about the 'Chefs for Seals' campaign yesterday?
What Anthony Bourdain is spreading on Twitter is misinformation. He's speaking of natives. This isn't about the native population of Canada. Our target is the commercial seal slaughter and a commercial fishing industry that has so far stayed silent on the issue. We started this initiative in 2005. Today we have more than 6,500 grocery stores and restaurants on board and more than 800,000 individuals. All of whom have taken the pledge to send the Canadian seafood industry a message.

Why target seals? There are other animals on the planet with healthy populations that, like seals, are harvested commercially for food, fuel and other products.
It's the Humane Society's position that the commercial seal slaughter in Canada is wrong.

Some will say that this 'Chefs for Seals' initiative ultimately hurts Canadians whose lives depend on the fish and seafood industry. Your response?
We're more than happy to support those fishermen who sign our pledge to condemn the commercial seal slaughter and who come out against the hunt. This is the largest slaughter of marine mammals on the planet and there's no need for it.

Again, many may disagree with this statement. Many from Quebec, Newfoundland and Labrador and the Maritimes may find it difficult to sign a pledge that characterises Canada's sealing industry as "the largest slaughter of marine mammals on the planet". Do you see that?
All I can tell you is that it is a slaughter and there's no need for it. If they come out against it, we'll support them. I urge everyone to go on the Humane Society's website and see the video footage of slaughtered baby seals, killed for nothing more than their fur.

But surely you realise that this is illegal in Canada. Let me read a paragraph from Fisheries and Oceans Canada: "The law stipulates that only seals that have reached the age of self sufficiency are taken. It is illegal in Canada to harvest juvenile seal-pups, also known as whitecoats or bluebacks." Why punish an entire industry for the exceptional and illegal practices of a few?
Well we have videos of pups that are no more than two weeks old. The whitecoats have this beautiful fur that turns a speckled gray after a certain age and then they are killed for it. It's a slaughter and standard practice.

The Humane Society has gone to some lengths to associate Food & Wine magazine with this cause. Is there a formal partnership between the two?
We're not in partnership with Food & Wine. But we're thrilled with the involvement of many of the magazine's 'Best New Chefs' over the last several years.

And what, exactly, is the nature of that involvement?
Well chefs sign a pledge to boycott Canadian seafood until the seal slaughter comes to an end. There are various levels of involvement after that. They can ban seafood from certain provinces where the slaughter takes place from their restaurants, ban snowcrab, which is the number one seafood export in Canada, or ban all Canadian seafood. I can send you a list of where some of the chefs stand if you like.

Yes, please. How do you respond to Danny Bowien's Twitter response to Anthony Bourdain yesterday that he would "definitely" re-consider his position?
Well I have yet to speak with him but we think it's important to correct the misinformation that Anthony Bourdain is spreading. This is about the commercial seal slaughter and the commercial fishing industry in Canada. Not the native population.