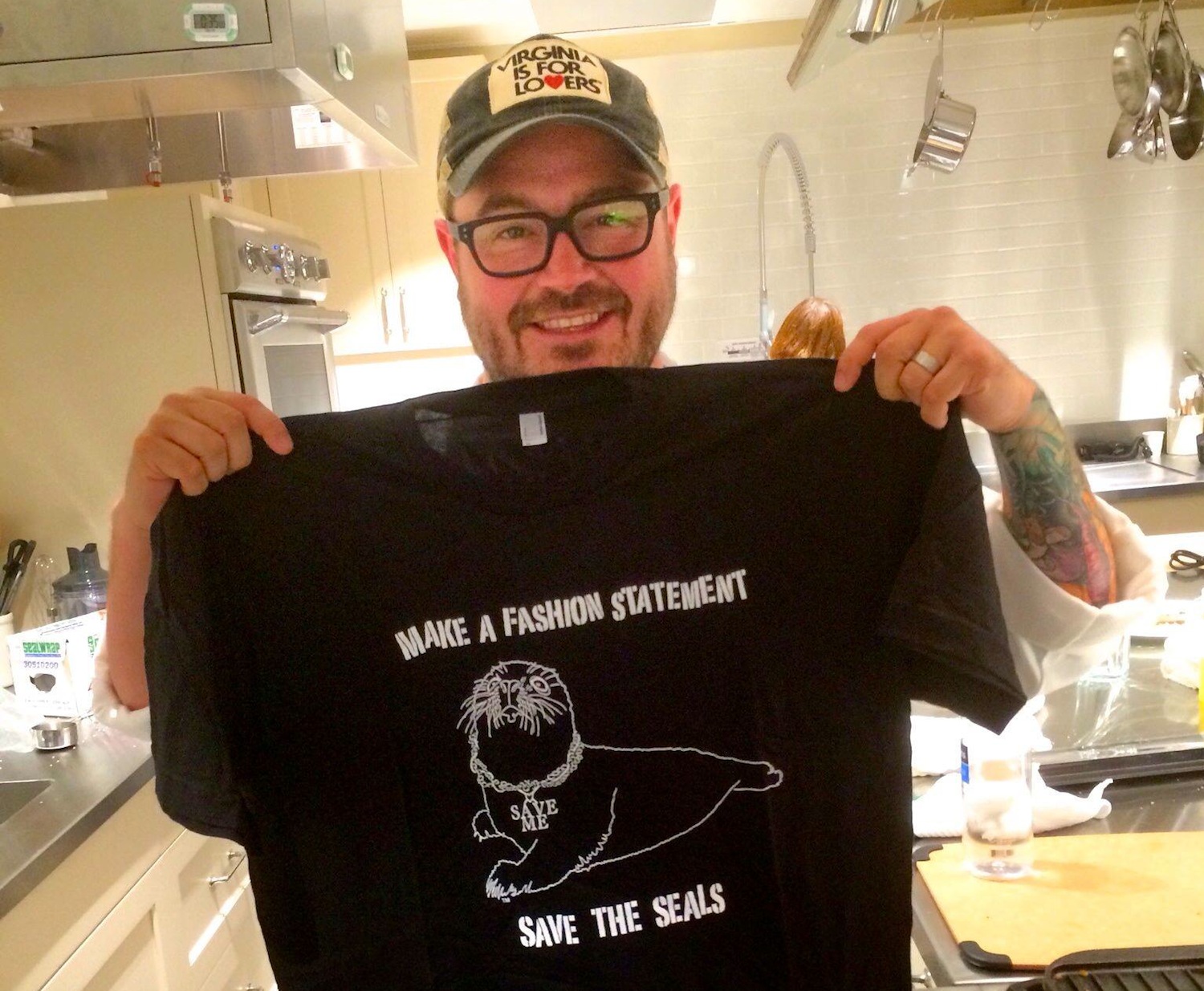 Separate, official statements have been sent to Eater Montreal to address the Humane Society of the United States/Nigel Barker-led 'Chefs for Seals' initiative to boycott Canadian seafood. The ban not only includes prominent chefs like Mario Batali, Michael Symon and Husk's Sean Brock of Charleston (above) but the likes of Whole Foods and Trader Joe's as well.

After following your coverage of the 'Chefs for Seals' boycott of the Canadian seafood industry, we wanted to confirm that Food & Wine is not involved in this initiative. Using the F&W Best New Chefs award winners to promote the cause of the Humane Society may have caused the misperception that we were affiliated with this cause and organization. We are not.

From Fisheries and Oceans Canada:

The Government of Canada remains unequivocal in its support for the Canadian sealing industry. We remain committed to supporting jobs and growth which includes the economic benefits to northern and coastal regions of the country provided by the sealing industry.

The Canadian seal harvest is clearly sustainable at recent levels: the Atlantic harp seal population is healthy and abundant; it is currently estimated at approximately 7.3 million animals, which is over three times what it was in the 1970s.

The Government of Canada supports the sustainable and well-managed seal harvest, which continues to be an economic and cultural activity in Atlantic Canada, Quebec and the Arctic.

Canada is a leader in the production of high quality, safe, fresh, nutritious and sustainable fish and seafood.

As referenced on the DFO website, Canadian harvesting practices are among the best in the world. They are guided by rigorous animal welfare principles that are internationally recognized by virtually all independent observers.
· Chefs for Seals [HSUS]
· Food & Wine [Official Site]
· Fisheries and Oceans Canada [Official Site]
· All Seal Coverage [EMTL]