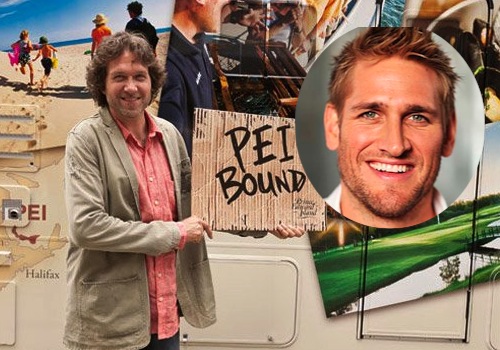 Other than Lucy Maud Montgomery, Michael Smith is one of the most high-profile ambassadors of Prince Edward Island. The celebrity chef, cookbook author and Food Network personality, who was recently in Montreal at Appetite for Books, has gone public with his disappointment over Curtis Stone's decision to join the 'Chefs for Seals' boycott of Canadian seafood.

Curtis Stone, the Australian celebrity chef who is just as much a presence in the United States, allegedly took a substantial sum of money in exchange for his appearance at the International Shellfish Festival in P.E.I. in September of 2011, not long before his 'Chefs for Seals' seafood boycott endorsement.

@curtis_stone Can you expand on why you took $75k of @peishellfish money in September,then joined a ban in December? #supportcanadianseafood