Sean Brock Pulled Out of Chefs for Seals Last Night

Share All sharing options for: Sean Brock Pulled Out of Chefs for Seals Last Night 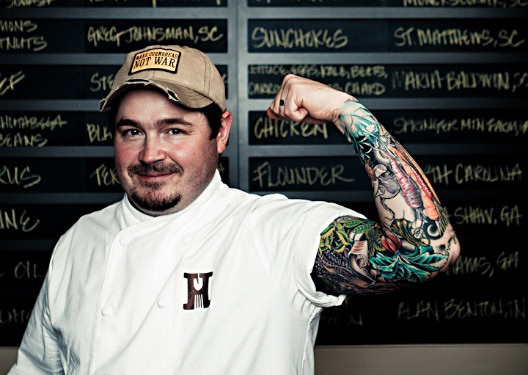 The chef who made a name for himself, in large part, on the strength of his cultural preservation efforts to revive the roots of Southern food has told a Humane Society/Nigel Barker-led initiative to boycott Canadian seafood that he wants out.

The presence of Sean Brock on the 'Chefs for Seals' list was never completely in step with the Husk and McCrady's chef's hunter/forager/celebrate the land ethos. Now Brock joins Coi's Daniel Patterson as the two most prominent figures to sever links with the controversial campaign to ban Canadian seafood over the country's seal harvest.

Other than Mario Batali, perhaps, Brock was, in a sense, the most influential chef on the 'Chefs for Seals' list. His impact extends way beyond Charleston and South Carolina, as anyone who saw his turn on Anthony Bourdain's The Mind of a Chef on PBS this past September can attest.

And Brock has friendships north of the border as well. Not long after his short but cogent tweet, the likes of Joe Beef's Dave McMillan and Dinette Triple Crown's Colin Perry came out in swift support.