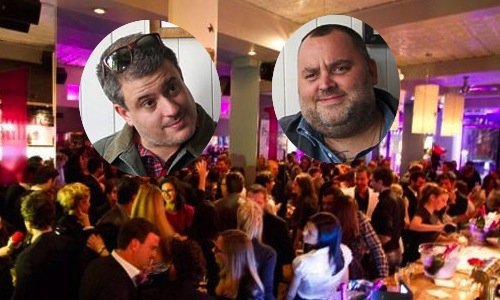 As first reported by Eater Montreal a month ago, Joe Beef's Dave McMillan and Fred Morin will return to their old haunt, Globe, on November 25 to help celebrate the restaurant's 20th anniversary.

The menu for the throwback dinner pays homage to McMillan and Morin's nascent partnership and Globe's days as a comer on the Montreal scene. As McMillan put it: "It'll be very late '80s, very '90s in feel. I was at Globe for about ten years and Fred was with me for about six of them. It's where we came up together."

Pesut went on to add today that Globe chef Jean-François Baril and Joe Beef chef Marc-Olivier Frappier will helm the soirée from the kitchen. Diners can expect McMillan and Morin to serve as hosts in their typical, inimitable style. 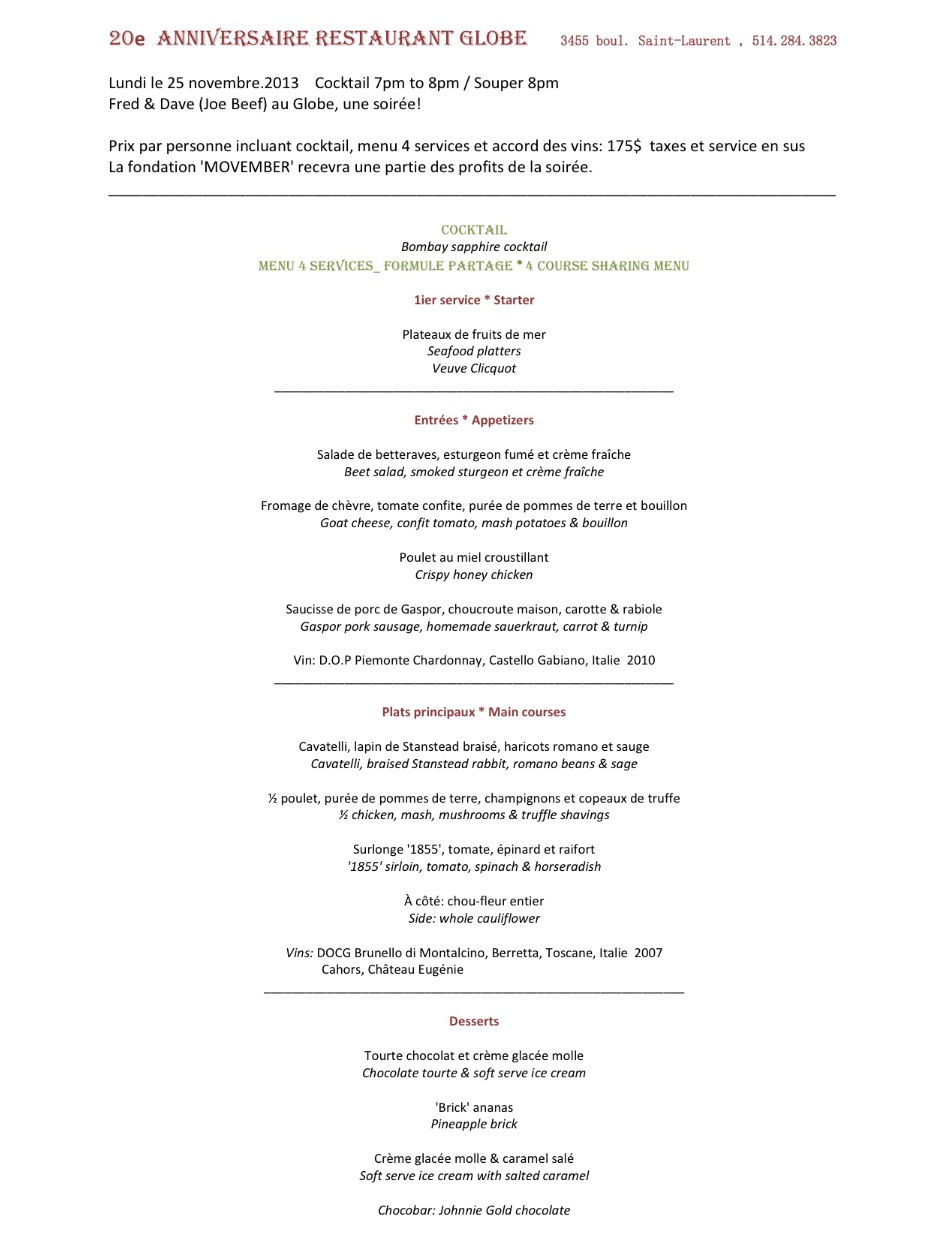