Share All sharing options for: Montreal in Full Force For M. Wells Steakhouse 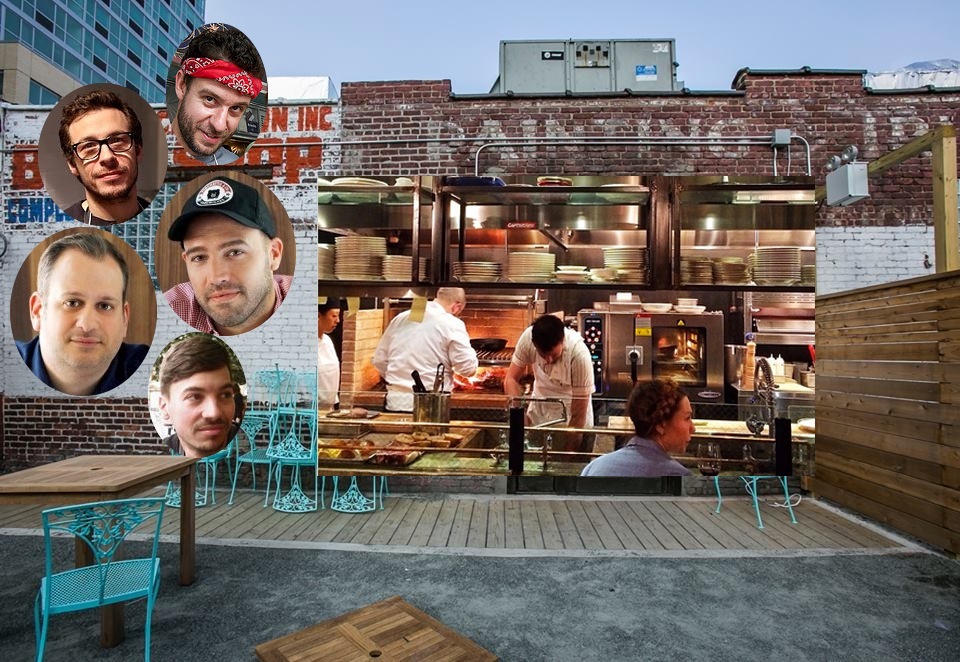 Sarah Obraitis and husband Hugue Dufour inaugurated M. Wells Steakhouse for family and friends last night. The Long Island City restaurant, the second for the couple in Queens after MoMA PS1's M. Wells Dinette, is one of the most anticipated in New York City in recent memory.

Shellfish shaman John Bil, who came down to help build and open the restaurant while Obraitis took care of the small matter of having the couple's first child, told Eater Montreal today that him and Dufour "almost killed ourselves with work."

As for the night that was, Bil reports that it "went great, 100 covers and pretty smooth. It's a special spot."

Montrealers of the culinary variety in attendance, both ex and otherwise, included Michele Forgione and Stefano Faita of Impasto, Dave Schmidt, barman par excellence and owner of Maïs, Café Sardine/Iwashi and Datcha, and Mehdi Brunet-Benkritly, Dufour's former chefbro at Au Pied de Cochon, now at Fedora in the West Village.

As reported by some who were there last night, and by Eater New York earlier, here's what we know about the ambitious enterprise:
1) The restaurant has an open kitchen.
2) The steaks look huge, juicy, and delicious.
3) At least some of the desserts are served from a cart.
4) The space most definitely has a tank full of live fish.
5) Dufour is serving a "bone in burger"
· All M. Wells Steakhouse Coverage [ENY]