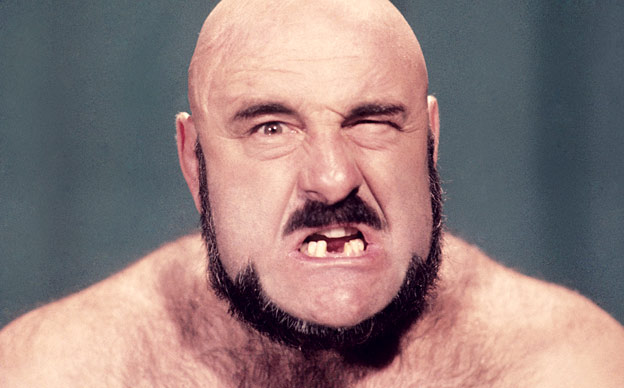 Maurice Vachon died this morning in Omaha, Nebraska at the age of 84. The man known as 'Mad Dog' for the vast majority of his life was born in Montreal in 1929. The son of a policeman, he grew up in blue-collar Ville-Émard in a family of 13 children.

Vachon rose to prominence as a wrestler at a young age. He represented Canada in the London Olympics in 1948 and placed seventh. His subsequent career as a professional wrestler, however, made him a household name as the small but fearsome Maurice 'Mad Dog' Vachon.

But Vachon had a second career as well. The man behind the signature Piledriver was also a food and restaurant critic for a Quebec City television station. Vachon's rep as both gourmet and bon vivant was sufficiently prolific to spawn much satire, namely at the 10:00 minute mark of this 1987 CBC documentary.

Vachon appeared in commercials for Saint-Sauveur's Quebec Hot Dog in the 1980s and once remarked: "Anyone can be a food critic and everyone is. I don't take the job (of food critic) too seriously. I have fun, but I never thought it would come down to my wearing a tux and a bow tie. I don't like that part of it."

"I ate some duck you could have left in the water. Another time they gave me shark. It was so bad I had to leave it. It's a mad dog fish."

For a time, Vachon also lent his name, and money, to an ill-fated Montreal burger chain with brother Paul 'The Butcher' Vachon.

Maurice Vachon is survived by a wife, six children, seven grandchildren, two great-grandchildren and this memorable ad for a Minneapolis beer store.