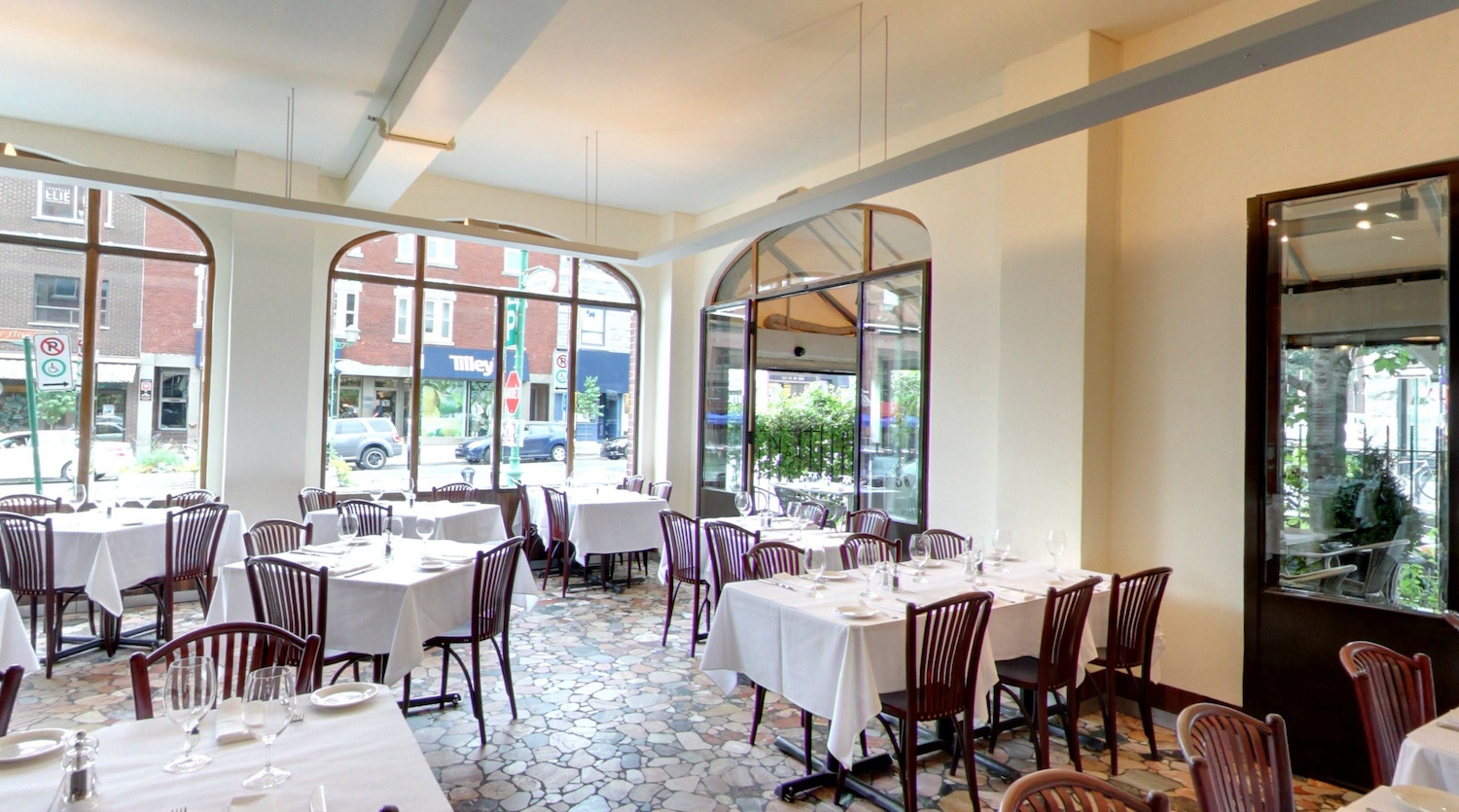 Maclean's, Canada's weekly news magazine of record, is no stranger to controversy when it comes to Montreal restaurant coverage. This is the magazine, after all, that once elicited this quote from Anthony Bourdain:

Omitting Joe Beef AND Au Pied de Cochon from any list of top 50 Canadian restaurants (or even a top ten list) is like writing a history of British rock and roll and willfully neglecting to mention either Beatles or Stones.

The weekly's most recent restaurant-centric article is no match for Jacob Richler's infamous 50 best restaurants in Canada list, to be sure, but it sheds doubt, once more, on the magazine's credibility.

In a piece entitled "A Toast to Power: The watering holes and dining spots where power brokers and dealmakers go to see and be seen", Julie Smyth covers a range of restaurants across Canada in an effort to describe their magnetism with persons of influence. Of Montreal, Smyth writes:

In Quebec, Holder in Old Montreal is a favoured lunch and dinner place for politicians and bankers and other movers and shakers, while the showbiz crowd goes to Leméac. Those who want to be seen gravitate towards Buonanotte, Santos and Cavalli, a downtown restaurant and nightclub where the former minister of foreign affairs Maxime Bernier first met his ex-girlfriend, Julie Couillard.

While one can muster plausible arguments in support of Holder and Leméac, the case for the supperclub set is passé at best and anemic at worst. Moreover, it seems odd to exclude the likes of Le Club Chasse et Pêche, Joe Beef, L'Express, Toqué!, Moishes, Gibbys, Le Mas des Oliviers, Da Emma and others. Bottom line: future Eater Heatmap candidate.

· A Toast to Power [Maclean's]