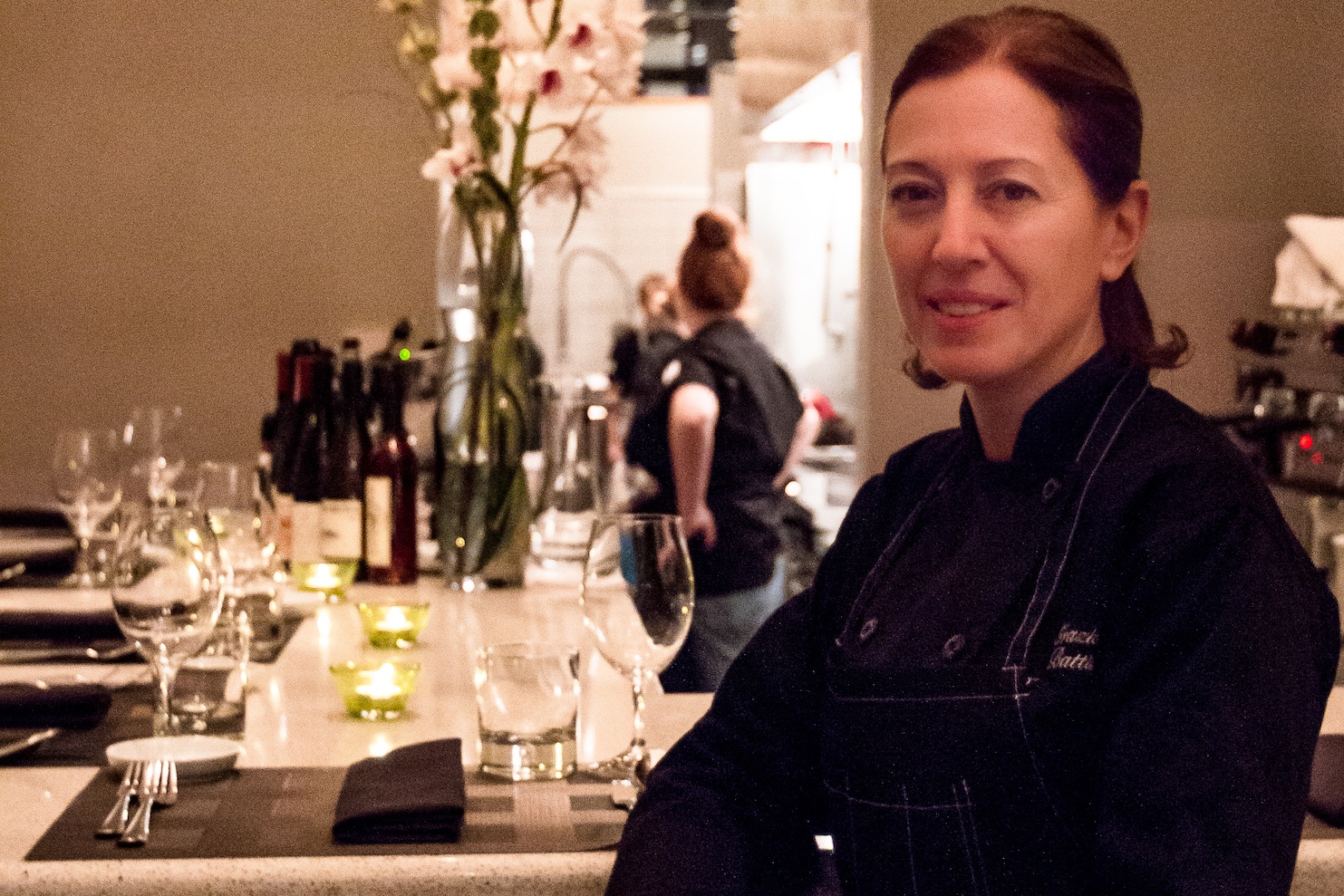 The controversy over Time magazine's 'The Gods of Food' issue has legs. In truth, however, Julian Armstrong stirs the pot gently today in an article that demonstrates the fortitude of Quebec's female chefs.

In "Women Take Their Place in the Kitchen: Top Female Chefs Compete in Annual Cook-In", The Gazette contributor covers the female chefs behind the recent "Gala des Grands Chefs" at the Fairmont Manoir Richelieu in Charlevoix. (Coincidentally, a similar event took place not two weeks ago in support of the James Beard Foundation in Manhattan.)

While few deign to pretend that the culinary world is not a man's world, the overall mood at the La Malbaie event was optimistic.

Lepage: "There's a grand evolution going on. When I began working in kitchens, men looked at me as if I was an extraterrestrial. Now, men on my staff respect me."

St-Pierre: "It's difficult, but this is THE time for us."

So while the mainstream media and marquee food events perpetuate a boys club gender bias, change is afoot in the industry. The Culinary Institute of America, for instance, reports an almost equal split between male and female students for 2014.

Granted, the numbers skew heavily towards pastry but Sylvie Carrière, the spécialiste des clientèles étudiantes et du recrutement at the Institut de tourisme et d'hôtellerie du Québec, reports that female enrollment in the school's culinary program has held steadily at about 40% over the last four years. The pastry program, a separate entity, tells a different story, with 87% female enrollment.

Claire Verneil, the executive pastry chef at the Fairmont Monte Carlo, may have put it best when she told Armstrong, "Women are moving up in cuisine."