Montreal Was All Over The New Yorker Food Issue

Share All sharing options for: Montreal Was All Over The New Yorker Food Issue 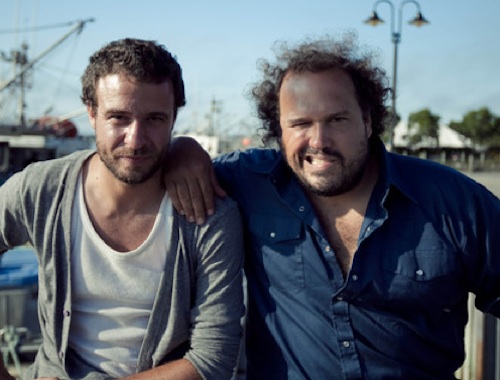 Whether Malcolm Gladwell or Margaret Atwood, Canadians often figure prominently in The New Yorker. Last week's special food issue, however, was laced with shout-outs and connections, both blatant and obscure, to Canada, and Montreal, in particular.

The first major reference comes courtesy of Adam Gopnik, who grew up in Montreal while his parents were professors at McGill. In his piece "Bread and Women", Gopnik writes about his wife's heretofore unknown skills with dough as a teen-ager in the city.

As Proust knew, all love depends not just on current infatuation but on retrospective jealousy; lacking a classy old lover, a Marquis de Norpois, to be jealous of, I was jealous of the men in Montreal health-food stores who had sold her millet and lecithin granules.

Bagels, Toronto and rural Ontario also get shout-outs. And then there's this line.

A certain kind of Canadian keeps the CBC on from early morning to bedtime, indiscriminately.

Dana Goodyear's excellent piece, "Beastly Appetites: The animals we love too much to eat", seems especially germane in light of the current dust-up over 'Chefs for Seals'. The article delves into contraband whale sashimi in Santa Monica and the (re-)emergence of horse in some circles as a viable, yet controversial, protein. Hugue Dufour, formerly of Au Pied de Cochon and now of M. Wells Dinette and the new M. Wells Steakhouse, both in Queens, New York, gets a star turn on the subject and a memorable introduction.

Hugue Dufour came by his horse-bologna sausage fame differently: by openly appealing to outré tastes. Dufour, who is Canadian, grew up on a working farm; sometimes the family slaughtered and ate their horses. Before coming to New York, he worked for Martin Picard at Au Pied de Cochon, in Montreal, which is known for its hedonistic whole-animal frenzies.

Along with some choice quotes about horse tartare and big supermarkets, Dufour tells Goodyear that at M. Wells Steakhouse "he hopes to have exotic meats, like rattlesnake and lion, which he imagines serving in a black-peppercorn sauce."

Jane Kramer's profile of Massimo Bottura is fortuitous as well; the Michelin star chef from Modena was in Montreal - at Cabane à Sucre Au Pied De Cochon and Graziella no less - when The New Yorker food issue hit newsstands and tablets last week.

(And if all that is not enough local content, on a non-food-related note, David Denby gives director Jean-Marc Vallée's Dallas Buyers Club a significant critical boost with a rare rave.)
· The New Yorker: Food [Official Site]