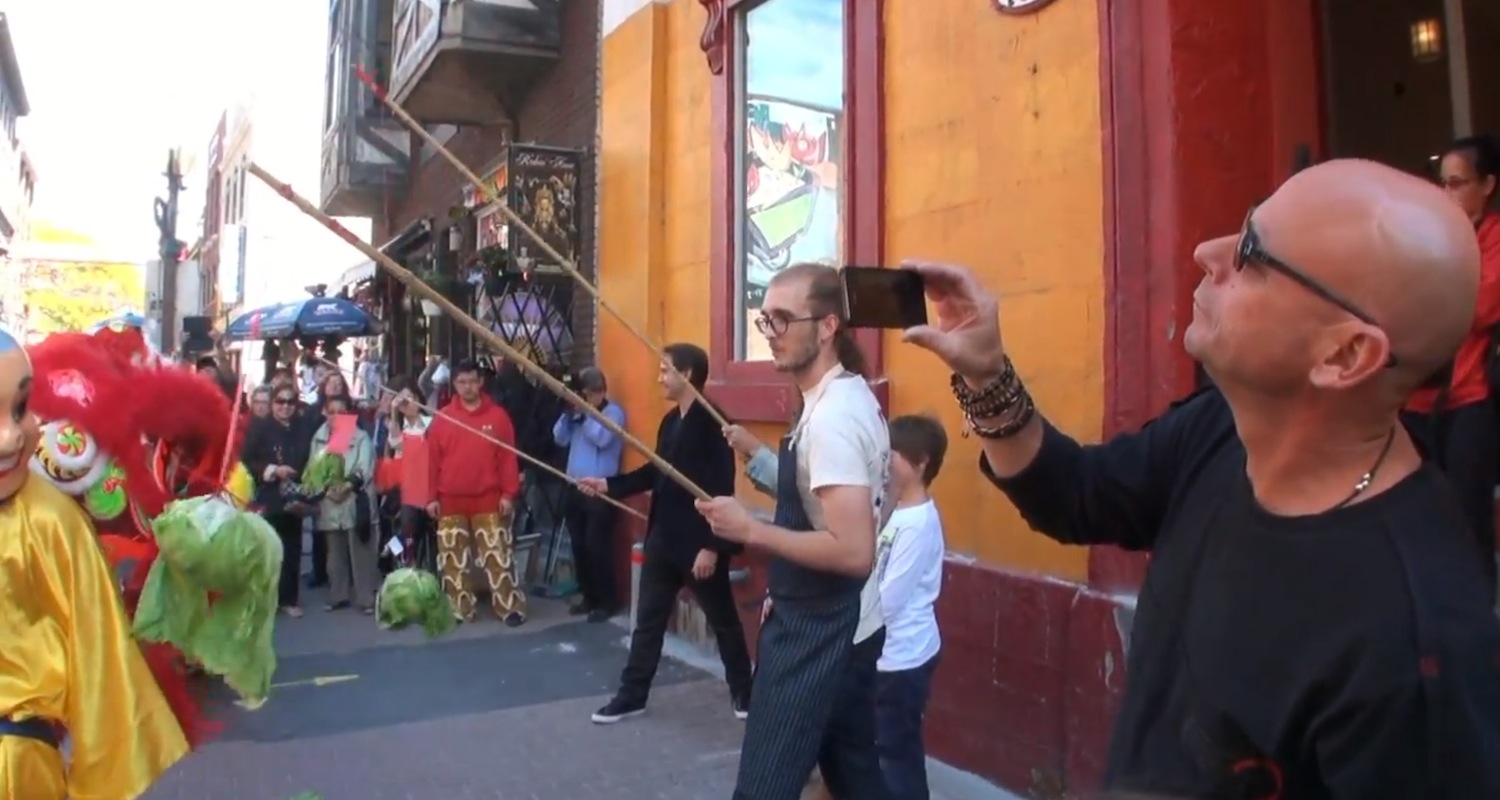 There is little precedent, if any, for a non-Chinese-run Chinese restaurant, with emphasis on French technique, in Montreal. Let alone one in Chinatown with a chef from Edmonton with Noma on his résumé and a loose affiliation with the billionaire founder of Cirque du Soleil.

What is Guy Laliberté's involvement in Orange Rouge? He makes a very noticeable appearance in the lion dance video on YouTube.
Guy has no personal involvement. His girlfriend Claudia [Barilla] is a limited silent partner. But Guy came to support us, enjoy the spectacle and take some photos.

The ceremony to open Orange Rouge was pretty impressive.
The Lee family, who own Wing's Noodle Factory and our building, paid for the lion dancers. The ceremony is a traditional way to bless a new business with good fortune. Plus, they say that the building is haunted. So this was also a way to calm any bad spirits.

What is your background in restaurants?
I started, like a lot of people, washing dishes at the age of 14. I slowly worked my way up from there. I was part of the old Soto team on McGill and then worked with Hubert Marsolais at Cube in the Hotel St. Paul. When the team left to open Le Club Chasse et Pêche I decided to explore my options. I was the concierge at the W when it opened. Then I consulted for some different restaurants. I knew I wanted to open my own restaurant eventually. Before Orange Rouge I explored the possibility of opening a restaurant in the PHI Centre - my wife works with [founder] Phoebe Greenberg - but it was too expensive. Too expensive for me anyway.

The restaurant has been open barely a month but the word of mouth is very good so far. How would you rate these first few weeks?
Good so far. We've put in a lot of work. The renos were a big job for one. Some people in the area were skeptical about our motives at first too but I think now they see that we're trying to bring something fresh but authentic to Chinatown. They're coming in and they're curious. When me and Aaron went to China in April for research we discovered another world. Very sophisticated, very technique-driven, very diverse cuisine. We felt we were missing that here in Montreal. The trip was an amazing learning experience. Jonathan Cheung's [of Appetite for Books] father, who owns a lot of restaurants in Hong Kong, was very helpful. He treated us very well.