Share All sharing options for: Props for Joe Beef in Time Food Issue 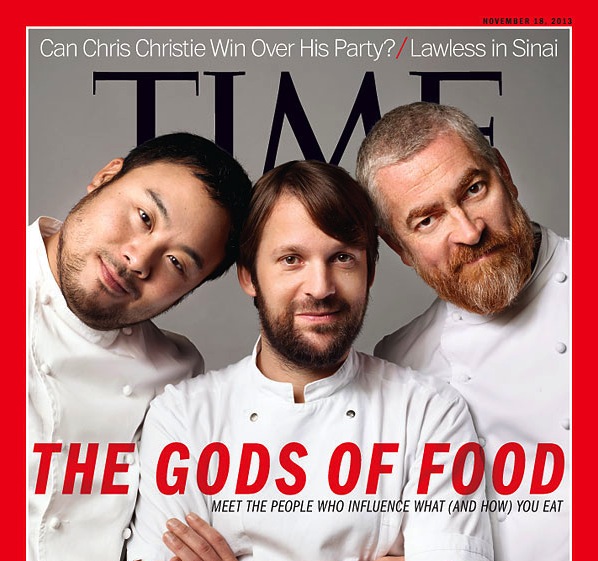 Chefs David Chang (Momofuku), Alex Atala (D.O.M.), and René Redzepi (Noma) are on the cover of the Nov. 18 issue of Time Magazine in Europe, Africa, Asia, and basically everywhere but the U.S.

The issue is titled: "The Gods of Food: Meet the People Who Influence What (and How) You Eat." It focuses on "influencers" in food, including the cover chefs, Blue Hill chef Dan Barber, food writer and Cook It Raw creative director Andrea Petrini, food writer Michael Pollan, Albert Adrià, and chef/cookbook phenom of the moment, Yotam Ottolenghi.

Most relevantly for Montreal, however, is Time's significant "Influential Outliers" shout-out to Joe Beef's Dave McMillan and Fred Morin.

Their restaurant is showing the rest of the cooking world that Québécois food, traditionally rich and hearty, can be gutsy and precise.

See where the Joe Beef boys figure in Time's 'Gods of Food' map. 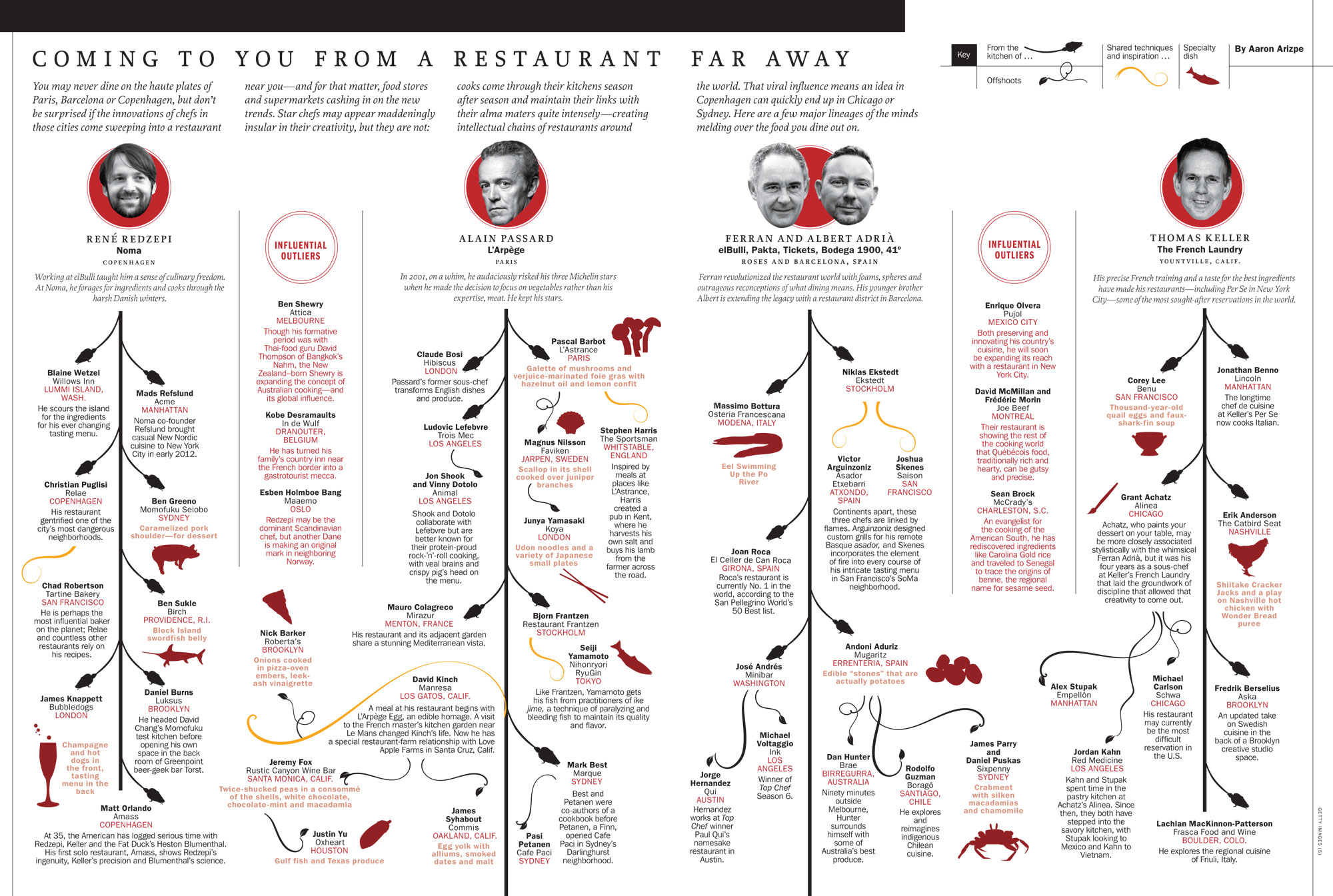