Is Made With Love About Cocktails or Sponsors?

Share All sharing options for: Is Made With Love About Cocktails or Sponsors? 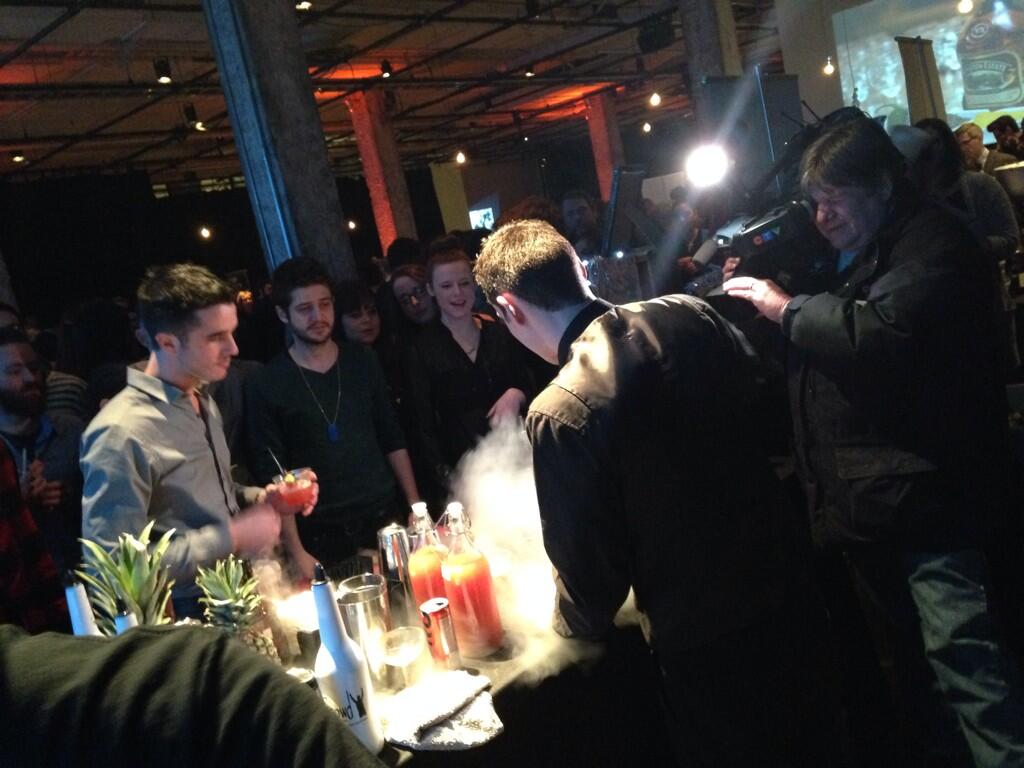 The Montreal installment of Made With Love took place yesterday at the Société des arts technologiques. The event, apparently, "democratizes mixology and cocktail culture with its trademark cocktail competition, the biggest in North America, and by providing the general public with access to professional mixologists for private events."

A brigade of Montreal bartenders took part in the event, from the likes of New City Gas, M:BRGR, L'Assommoir, Le LAB and the W Hotel's Plateau Lounge. Some of the city's best, however, were conspicuously absent.

Which raises a crucial point. If Made With Love were simply a showcase for local bartenders to demo skills to the public, in a sort of entente between cocktail-makers and cocktail-drinkers (like at a bar, for example?), that in of itself would be cause for a toast.

The event, however, seems cut from the same personality-driven cloth as other food and drink "theme events" in Montreal, such as Na'eem Adam's burger and poutine weeks and Daniel Notkin's oyster festival.

The personality, in this case, is Pierre-Olivier Trempe. Trempe's Linkedin profile contains the tagline "Looking for passionates." What is perhaps more significant, however, is Trempe's stint as a sales rep at cosmetics giant L'Oréal.

Take a closer look at Made With Love, beyond the Negronis and Caesars, and you get a sense of L'Oréal's competitive and profit-driven culture at play. Trempe has gone to deliberate (and, some may say, shameless) lengths to court liquor sponsors and media attention. Press releases are carefully honed and crafted in advance of every event.

This is not done for the benefit of bartenders or the public, obviously. More likely, this is part of a shrewd, business-savvy effort to calculate costs per impression for sponsors.

Does any of this make Made With Love a particularly novel event? No. Is there evidence of any egregious sin in the way the event operates? No.

But Pierre-Olivier Trempe's bid to brand and market both himself and his event raises this question: do patrons of Made With Love get an honest cocktail experience for their 55$, 65$ or 75$ or a big splashy sales job by the likes of Appleton Estate, Skyy, Campari, Hendrick's and Jim Beam?

· Made With Love [Official Site]