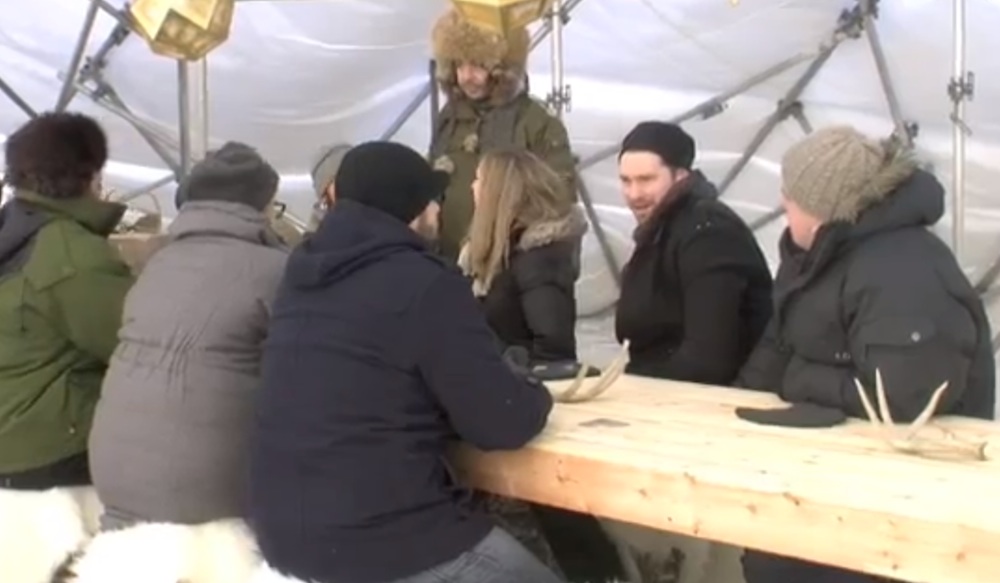 In a move reminiscent of Dave McMillan and Fred Morin's ice shanty repast with Anthony Bourdain on Parts Unknown ("Is there a billionaire or a despot anywhere who at this precise moment is eating better than us?"), Travel Manitoba and Tourism Winnipeg have a little proposal for hearty gourmets everywhere: dine at the fork of the Assiniboine and Red rivers. At the end of January.

RAW: Almond is a pop-up restaurant that first took place at the confluence of the Winnipeg rivers in 2013. Despite windchill temperatures in the -31 Celsius range, some 1,300 diners came for a five-course menu by co-creator Mandel Hitzer, chef/owner of Deer + Almond, over two weeks in January and February.

Guest chef Jason Barton-Browne, sous chef at Teatro in downtown Calgary, will assist Hitzer for the 2014 event. Tickets cost $45 for a bar menu or $100 for the full experience. And there is a tarp, apparently.