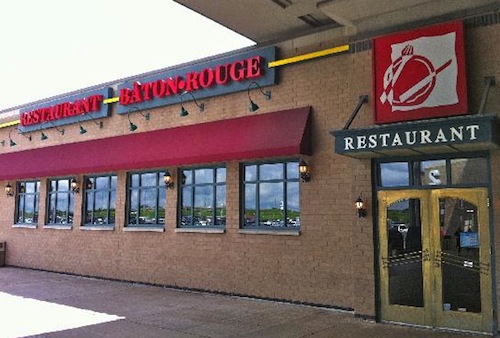 The results of a poll by The Gazette on the top Montreal restaurants of 2013 are in. The English-language daily recently put two questions to readers:

1) Looking back on 2013, what was your favourite Montreal-area fine-dining restaurant?

2) What is your favourite Montreal-area casual-dining restaurant?

The open poll did not contain parameters or criteria to delineate between the fine and casual distinctions, which may or may not have led to this bizarre hodgepodge.

A quick scan of the poll results infers some comical takeaways. Namely that:

1) Burgundy Lion (a fine pub, without doubt) is a restaurant in the same category as Le Club Chasse et Pêche.

2) Bouillon Bilk and Reuben's belong in the same "casual" category.

3) Bâton Rouge is arguably the Gazette readership's favourite restaurant and is versatile enough to compete next to Les 400 Coups or Deville Dinerbar.

Indeed, on the face of it, the Imvescor Restaurant Group chain is the star of the newspaper's poll. For those unfamiliar with the company, have a gander at Imvescor's About Us: