Your Montreal Contestants for Chopped Canada

Share All sharing options for: Your Montreal Contestants for Chopped Canada 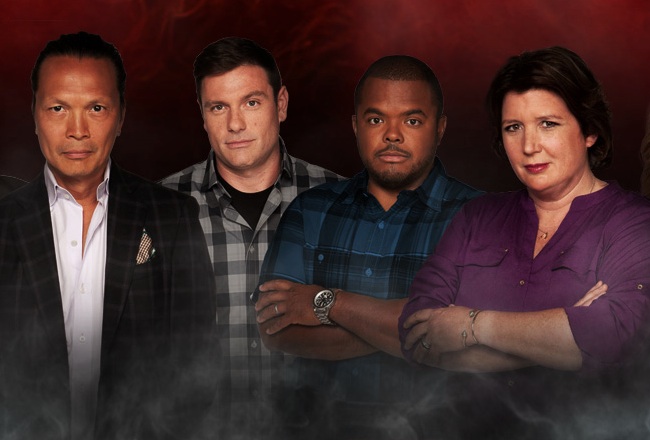 Food Network Canada has announced the first round of competitors for the inaugural edition of Chopped Canada. In each episode, four competitors must transform a basket of mystery ingredients into a tasty, creative meal for a panel of judges, in a limited amount of time. The spinoff of the popular U.S. cooking series hosted by Ted Allen has chosen 52 cooks for the first half of the season. Over 63% of the male-dominated field - 33 contestants in all - come from Ontario and most, predictably, from the Toronto area.

Luca Cianciulli is the chef de patrie, entremetier at Toqué! and a graduate of Vincent Massey Collegiate. Facebook 'Likes' include the television show Les Chefs! and the restaurants Decca 77 and The French Laundry.

Lukas Gurtner is the junior sous chef at Laurie Raphaël and a graduate of Camosun College in British Columbia.

Patrick Vasiliauskas is the chef de cuisine at L'Atelier d'Argentine in Old Montreal.

But the big news, without question, is the participation of Martin Juneau, the chef/owner of Little Italy's Pastaga and a past Gold Medal Plates Canada champ. Given his level of experience Juneau has to be considered a front-runner.