Share All sharing options for: Friends of Eater Name Top Newcomers of 2013

As is tradition at Eater, we wind up the year with a survey of Montreal food writers. We've already covered Best Standbys. Now it's time for Best Newcomers. 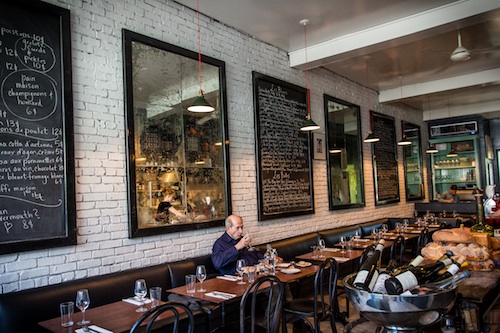 Lesley Chesterman, Gazette critic: I think it would be a tie between Impasto and Vin Papillon, though both are three star restaurants. No big bangs this year.

Marie-Claude Lortie, La Presse critic: Vin Papillon, the new veggie centric table opened by the team behind Joe Beef and Liverpool House. It was time someone put so much emphasis on vegetables. Love this new "Joe Veggies"!

Gemma Horowitz, CultMTL critic: Orange Rouge may not fully have its bearings yet, but it opens up exciting possibilities for Chinatown and for the future of "fusion."

Joanna Fox, co-author of Chuck's Day Off and former critic/writer for Montreal Mirror and CultMTL: Vin Papillion. Vanya's enthusiasm for food and wine is infectious.