Friends of Eater Name the Best Meals of 2013

Share All sharing options for: Friends of Eater Name the Best Meals of 2013

As is tradition at Eater, we wind up the year with a survey of Montreal food writers. We've already covered Best Standbys, Top Newcomers, 2013 in One Word, the Best 'Hoods and the Biggest Surprises of 2013. Now it's time to look at the Single Best Meals of 2013. 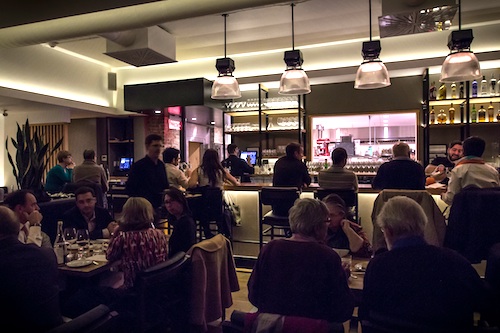 Lesley Chesterman, Gazette critic: I had an epic, 5-hour meal at Vin Papillon (the last hour of which I still can't remember) which was as much about the wine as the food.

Jean-Philippe Tastet, Le Devoir critic: Every dinner at Hôtel Herman. Good from start to the end, amazing wines and elegant service. No attitude.

Marie-Claude Lortie, La Presse critic: The apple menu at Cabane à sucre Au Pied de Cochon in the company of Italian superstar chef Massimo Bottura curating the dishes, remixing everything to create new bites. It was crazy. And so delicious.

Joanna Fox, co-author of Chuck's Day Off and former critic/writer for Montreal Mirror and CultMTL: SAT Foodlab: Israeli menu. Sitting on their terrasse this summer, I ate an incredible falafel sandwich on their ridiculously good grilled flatbread. I think about how simple, fresh and amazingly satisfying this dish was all the time. I really, really hope they do it again next summer.

Ian Harrison, Eater editor: Photo finish between an elegant four hour affair at Le Club Chasse et Pêche in January that never once felt tiresome and a spectacular dinner on the Joe Beef terrasse in July that made full use of Fred Morin's garden. Still the two best restaurants in Montreal in my opinion. Others came close, however. Namely Maison Publique, Nora Gray and Lawrence.