Friends of Eater Predict Headlines for 2014

Share All sharing options for: Friends of Eater Predict Headlines for 2014

As is tradition at Eater, we wind up the year with a survey of Montreal food writers. We've already covered Best Standbys, Top Newcomers, 2013 in One Word, Best 'Hoods, Biggest Surprises, Single Best Meals and Restaurant Divorces of 2013 . Now it's time to look at Headline Predictions for 2014. 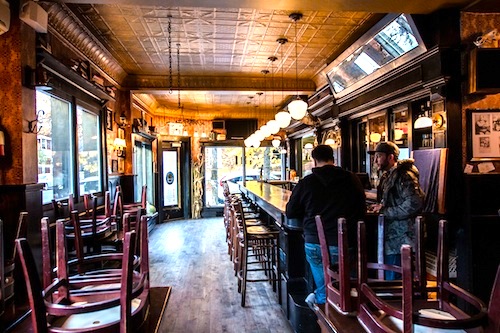 Q: What are your headline predictions for 2014?

Lesley Chesterman, Gazette critic: I really dread to say it but…"Toronto beats out Montreal for best restaurant city in Canada!" There are still great things happening on the Montreal restaurant scene, but look around and ask around, and there's no denying we're hurting.

Marie-Claude Lortie, La Presse critic: I think that the non vegetarian vegetable menu at Vin Papillon will inspire other chefs to do similar cooking. And that's fine, as long as they do it seriously, with care, and their own creativity.

Gemma Horowitz, CultMTL critic: In my fantasy 2014: Montreal Pizza Makers Realize What They've Been Doing Wrong/Café Owners Learn That Nobody Wants A Panini.

Bill Zacharkiw, Gazette wine writer: Even funkier wine lists will make it into the mainstream. Quebec is a breeding ground for sommeliers and as all these young folks start buying more and more "off-beat" stuff, we'll see even more people exposed to less commodity oriented wines.

Joanna Fox, co-author of Chuck's Day Off and former critic/writer for Montreal Mirror and CultMTL: Let's call it mingling. I think we might give the idea of fusion another go, but with more finesse, delicacy and a better understanding of some fundamentals: Mingling in other cuisines. We've learned from our past mistakes, right?