Friends of Eater on Restaurant Divorces in 2013

Share All sharing options for: Friends of Eater on Restaurant Divorces in 2013

As is tradition at Eater, we wind up the year with a survey of Montreal food writers. We've already covered Best Standbys, Top Newcomers, 2013 in One Word, Best 'Hoods, Biggest Surprises, and the Single Best Meals of 2013. Now it's time to look at Restaurant Divorces. 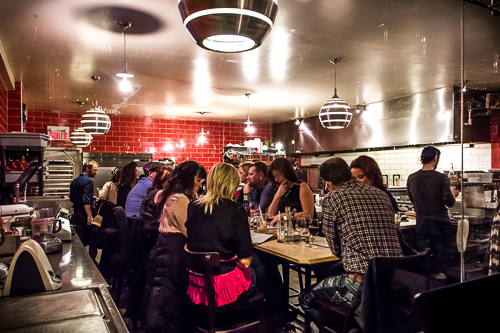 Q: Which restaurants, if any, did you break up with this year? Why?

Lesley Chesterman, Gazette critic: I feel myself giving up on restaurants on The Main between Sherbrooke and Pine. I guess my nights at Icône and Globe did me in. Dinner was one thing, but the backlash from staff members on social media following my reviews was icing on the cake.

Jean-Philippe Tastet, Le Devoir critic: No real break ups. A certain weariness though to visit restaurants that put so much promotion on their star chef, to find out that the star chef is "not working tonight", but rather doing a TV show, promoting a book or doing anything else but cook in his restaurant.

Marie-Claude Lortie, La Presse critic: Tried really hard to like Orange Rouge, the new Chinatown spot that opened this fall with much hype and buzz. Went three times, hoping to find the magic sparks. Did not happen. Super disappointed because I like the team behind it and it's close to my office. But I won't go back for a while.

Gemma Horowitz, CultMTL critic: There used to be some gems in the Faubourg food court, but the general unpleasantness factor just got to be too much.

Bill Zacharkiw, Gazette wine writer: Didn't break up with any. Rather RIP to two that were very close to me - L'eau à la bouche and Kaizen.

Joanna Fox, co-author of Chuck's Day Off and former critic/writer for Montreal Mirror and CultMTL: BYOB restaurants. Not all, mind you, but so many of them are not cheap anymore, or good for that matter. Especially when you compare them to some of the newer, more affordable places now opening. Why would I choose mediocre food just to save on wine? I'd much rather spend that money on a good meal and just have a glass of wine, thanks.

Ian Harrison, Eater editor: The charms of Old Montreal as a restaurant hub elude me of late. This is more a gripe about the current state of the neighbourhood than a pot shot at any one specific establishment. Quite done with Chinatown dim sum as well.