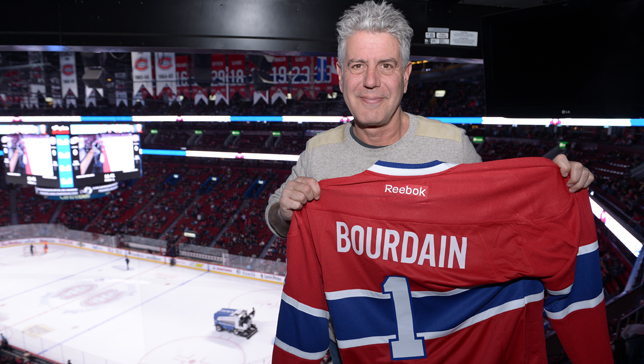 Anthony Bourdain is currently in Lyon on what looks like a culinary fantasy tour with the venerable Paul Bocuse and Daniel Boulud.

All well and good but look at the lid the CNN Parts Unknown host chose to don on a hunt with Boulud. 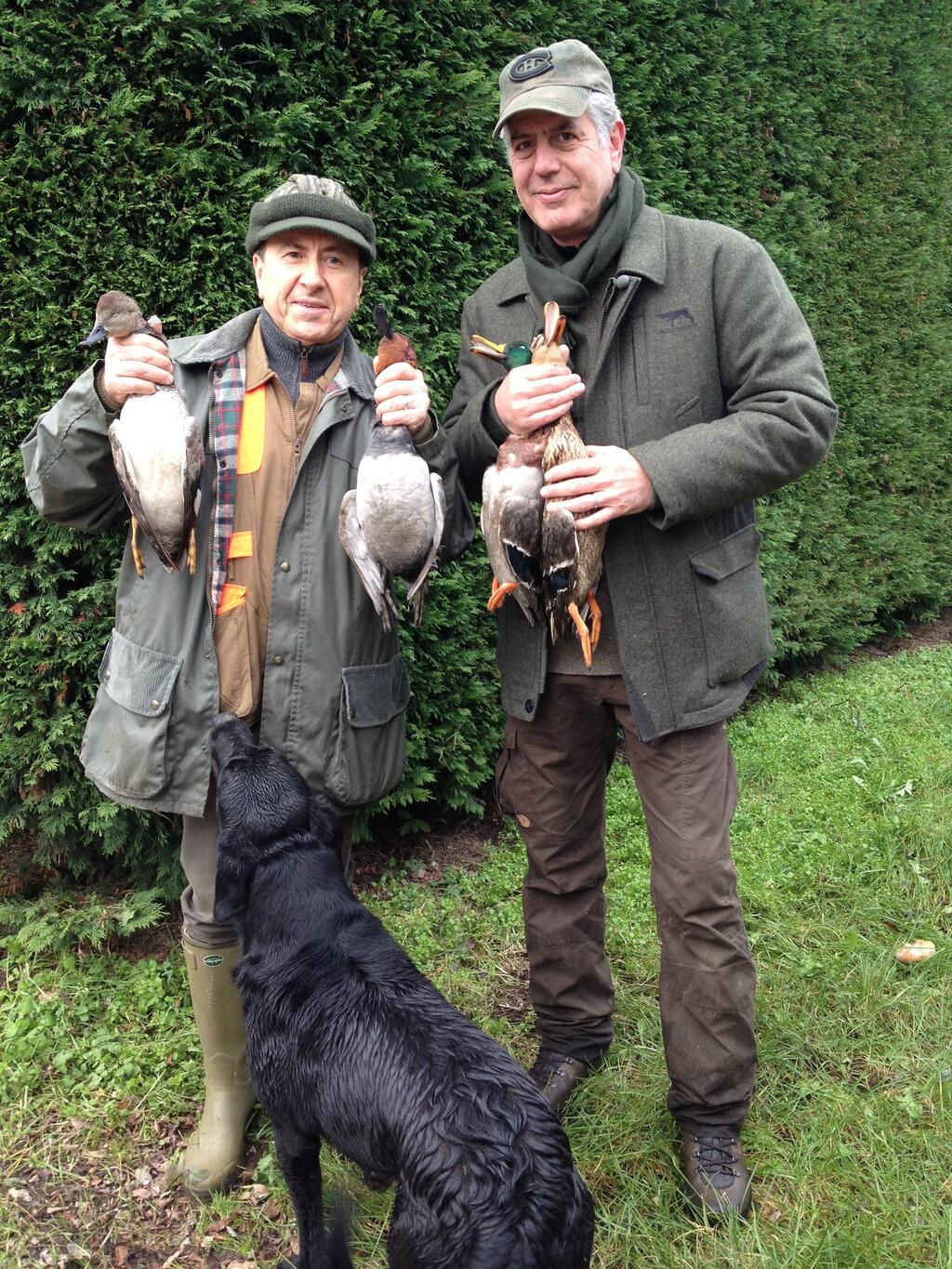 Yes, a Habs hat. In the French countryside. On a bird hunt with a Michelin three-star chef.

I'm going to be a Montreal fan for life – you never forget your first! That was my first hockey game in my entire life. I had a great time, greatly aided by the fact that I was there with Martin [Picard], Fred [Morin], Dave [McMillan] and Normand [Laprise] – all these chefs who are really passionate Montreal Canadiens fans.