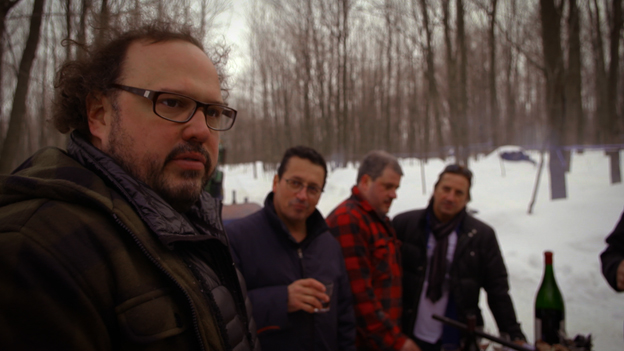 Not a big surprise but a lot of people called Cabane à Sucre Au Pied De Cochon this past Saturday to book spots for the 2014 période des sucres. Martin Picard's backwoods maple mecca made a statement in the wake of the deluge.

Here's the translated version of the text:

These requests are for, on average, groups of about 10 people or more.

People whose reservation requests will be accepted should receive a confirmation before Christmas.

Be patient. We are craftsmen.

Others will be automatically placed on a waiting list and will be contacted when there are cancellations.

For last, last minute reservations the restaurant also reserves the right to use Twitter.

In total more than 19,000 people will eat at the restaurant for the 2014 maple syrup season.

The countdown is on for the premiere of the next season of Un chef à la cabane but only Télé-Québec can divulge the details. To be continued ;)

And finally. We love you.