Share All sharing options for: Melbourne's Code Black Comes to The Main 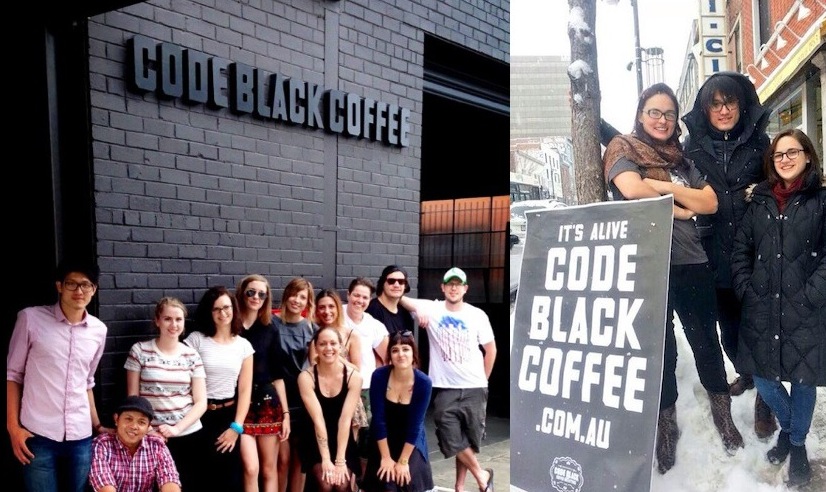 The Melbourne coffee landscape is reputedly one of the most cultured in the world. Now a relatively new player in that city's bean scene has planted roots in Montreal - and on the Main, no less.

Code Black is a venture from Melbourne businessman Joseph Haddad, who also owns the decade-old Cafenatics chain in the Victoria capital. These excerpts from a recent profile in Australia's The Weekly Review help paint the picture.

It took Haddad (...) more than two years, much wrangling with red tape and the loss of a site in North Melbourne, before he could open the doors to his dream café and roastery.

Haddad will use the 1000-square metre space to supply coffee for his premium Code Black cafés, which include Eclipse, Little Wish and Little Bean Blue in the city, and to make specialty coffee more widely available.

"Widely available" now includes the Plateau. Café Code Black is a partnership between Gus Haddad, a relative of Joseph, and Asha Haber. The two have license to use the Code Black name and plan to open two more cafés in the Plateau over the next year or so.

· The café will carry Phil & Sebastian coffee for now, until it can figure out a reasonable way to procure Code Black from Melbourne. This, understandably, is very cost-prohibitive.

· The café has an atelier for espresso, latte art and other courses.

Oh and by the way. While a Melbourne import, Café Code Black has no link of any kind with Café Melbourne up the street.