Share All sharing options for: Meet J-P Miron, the New Chef at Globe

Keen observers of Globe's Instagram feed knew the Main standby had big news on the way. Today the restaurant made it official: Jean-Philippe Miron is in as the new chef de cuisine.

Jean-François Baril, who Miron replaces, had been the man in the kitchen since 2010 but gave his notice last November. The transition from one chef to another has been relatively stress-free, says owner/operator Roberto Pesut.

J-F was a gentleman and gave us a lot of time to fine someone new. The transition has been very, very smooth. Elvio Galasso [culinary instructor at the Institut de tourisme et d'hôtellerie du Québec] was very helpful in the process as well. He was the one who found us François Nadon [now chef de cuisine at Bouillon Bilk].

The switcheroo comes at a fortuitous time for Globe. The restaurant has been on a long holiday hiatus - Pesut asserts that he has "never felt this relaxed" - and is in the throes of an extended 20th anniversary celebration that included a reunion of sorts with Joe Beef bros Dave McMillan and Fred Morin back in November.

But back to Miron. The ITHQ graduate's résumé includes stages in New York with the likes of Scott Conant (Scarpetta) and David Chang (Momofuku). The chef subsequently had stints at Simpléchic with Louis-François Marcotte and in other kitchens under mentor Alex Gosselin (now at Chez Victoire). Most recently, Miron was a fixture at Cabane à Sucre Au Pied De Cochon. He was also a contestant on Les Chefs!.

With that, have a look at Globe's new menu - Pesut calls it "a complete 180" - which the public can enjoy as of Wednesday, January 15. 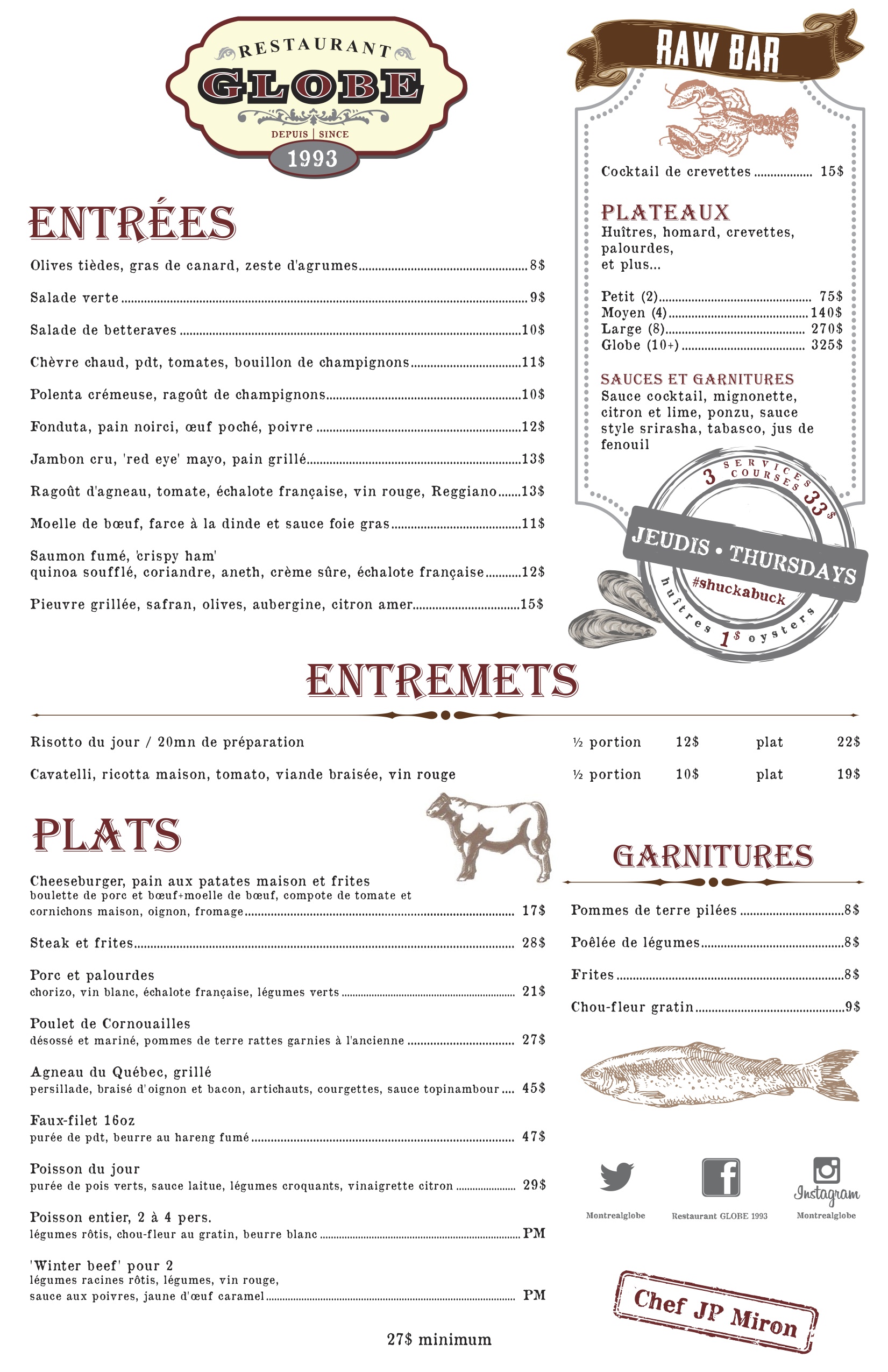