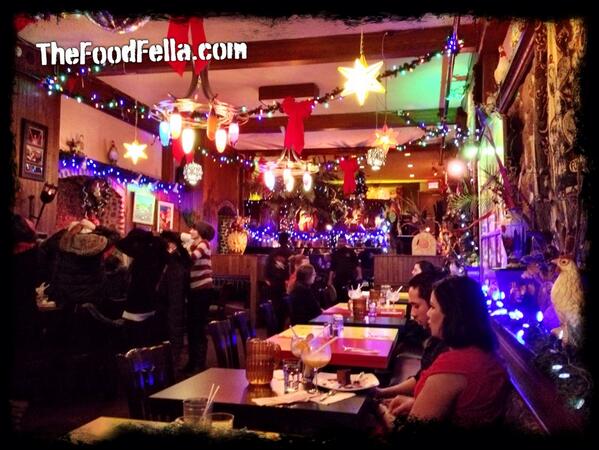 The "Rockstar Chef" behind the blog, one Chef Christopher, has been in Montreal this past week.

On the agenda for this Toronto chef who specialises in "authentic Italian cuisine"? Impasto? Graziella? Da Emma? Nora Gray? Not quite.

After a stop at Target, where the French-only self-checkout terminal drew his ire, this "guy who is driven by his passion for good, down-to-earth cooking" had a jones for some chicken wings.

26yrs ago I tried my first Buffalo Wing at @CageAuxSports. Had them MANY places since, but it's nice to be back. pic.twitter.com/25cYhngBMp

Mmmmm... rack of ribs at @CageAuxSports. Been a long time since I had them here but they're still good. :) pic.twitter.com/eNXjTbhqFb

Cool #Montreal #Starbucks done up like an old movie theater - an homage to the Seville Cinema on which it's built. pic.twitter.com/PTxOTHHYJD

The next day, with many fine Montreal restaurants at his disposal, this Toronto "food enthusiast" got positively loco.