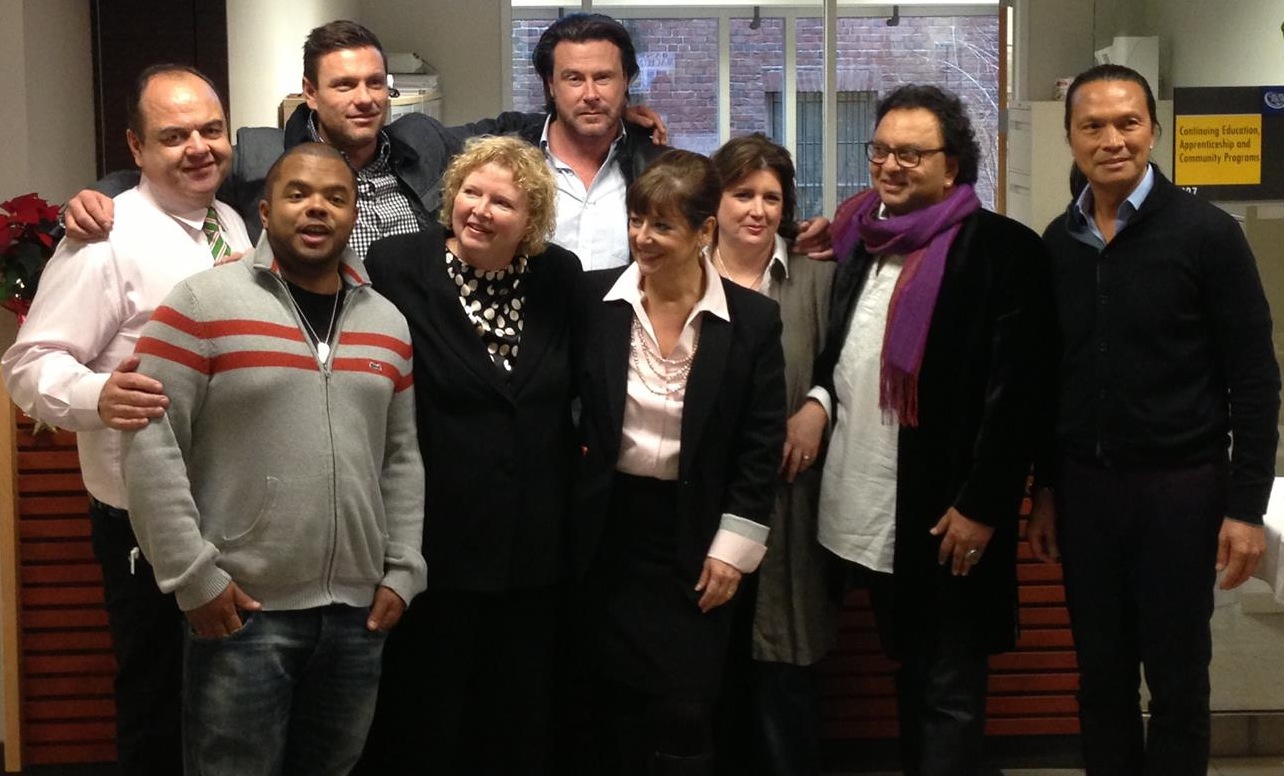 The inaugural episode of the brand new Food Network Canada series smashed previous audience records making it the highest rated series premiere in the network's history with an AMA of 393,000 (2+).

The premise for the Canuck version of the popular reality show import is the same as the Ted Allen, U.S. Food Network original. Each week, four cooks from restaurants across the country transform baskets of mystery ingredients into three-course meals for a panel of experts. Course by course, chefs are "chopped" until one remains. The last chef to make the cut takes home $10,000.

While the homegrown spin of Chopped is predictably male and Ontario heavy (Toronto native Dean McDermott - Mr. Tori Spelling - hosts), there is some Montreal and Quebec representation of note. Most notably in the form of competitors like Luca Cianciulli (chef de patrie, entremetier at Toqué!), Lukas Gurtner (sous chef at Laurie Raphaël), Patrick Vasiliauskas (chef de cuisine at L'Atelier d'Argentine) and, of course, Martin Juneau (chef/owner of Pastaga).