Behind the Vines at Lufa Farms

Share All sharing options for: Behind the Vines at Lufa Farms 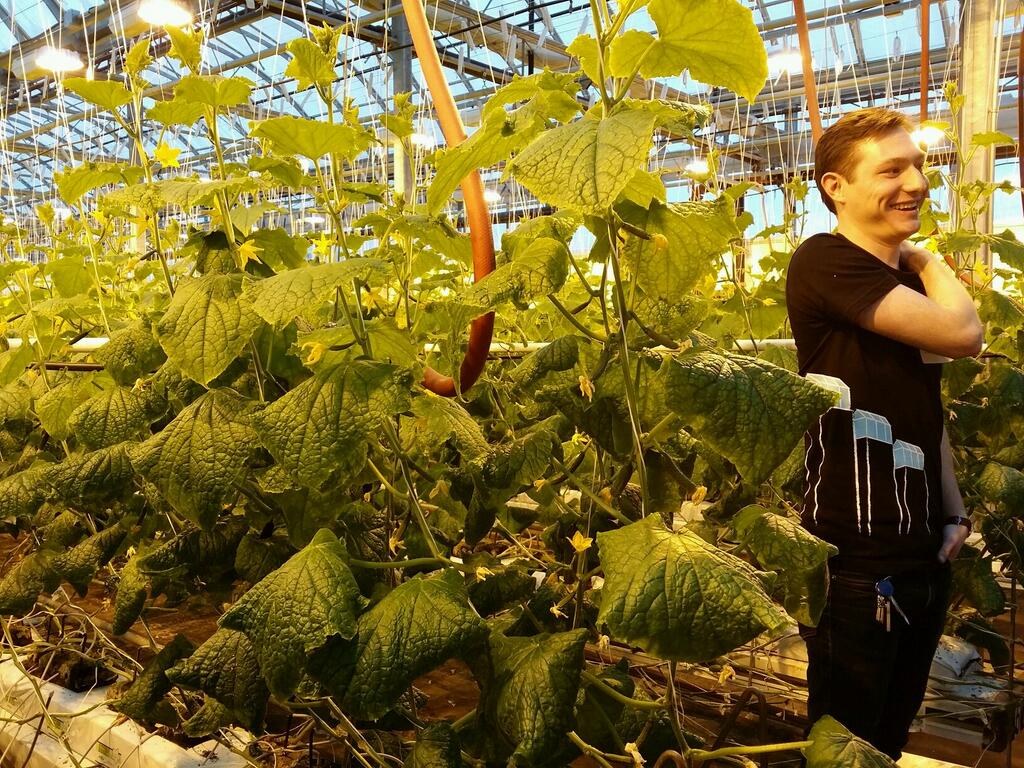 The rooftop largess of Lufa Farms is on everyone's lips of late. The Ahuntsic concern that designs, builds and operates rooftop agricultural greenhouses has fast become a locavore sweetheart, with acolytes in some of the top restaurant kitchens in Montreal.

While not a new company, Lufa's brand rose significantly after founder Mohamed Hage gave a TEDx talk at Université de Montréal in 2012. The company was also a finalist for the Ernst & Young Quebec Entrepreneur of the Year in 2013.

The mainstream media has duly kept Lufa's staff busy with requests to film the inside of the company's flagship greenhouse. Global National is just the latest to file a report - but the behind-the-vines footage compels.