Share All sharing options for: Quebec Ice Wine Frozen Out 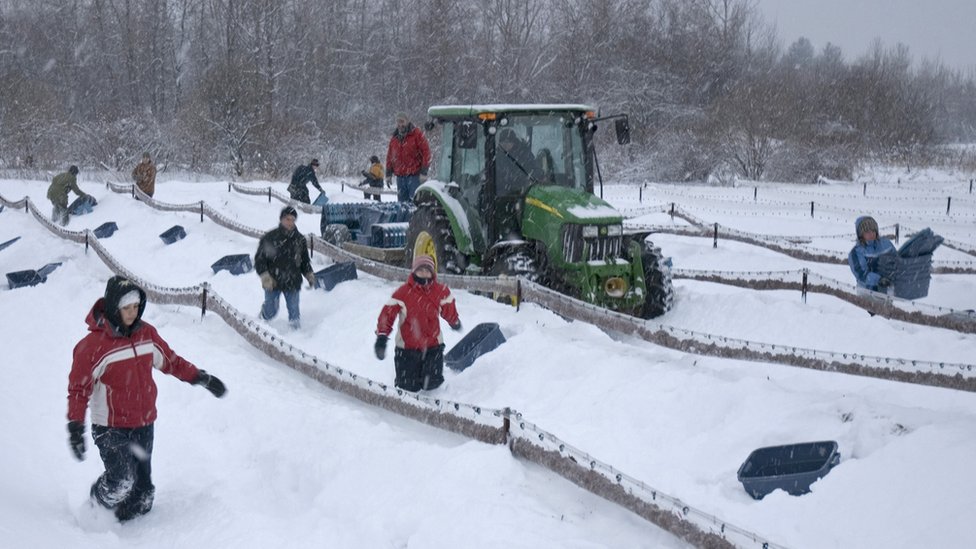 At issue: methodology and, specifically, whether the manner in which producers like Orpailleur make ice wine fits the CVA's narrow definition. Ice wine producers in Quebec face different challenges from counterparts in Ontario, namely as a result of climate. Producers like Orpailleur's Charles-Henri de Coussergues subsequently employ a "hammock" technique; whereby workers clip grapes from stems after the first frost and place them in nets. Sugars then develop with the frost and thaw cycles.

Not kosher for ice wine, is the crux of the CVA's argument. As Patriquin writes:

In the new regulations, scheduled to come into effect in January, the federal government deﬁnes ice wine as being "made exclusively from grapes naturally frozen on the vine."

De Coussergues strongly disagress. "Once there is a frost, the vine only serves as support. When there are no leaves, there is no photosynthesis."

The debate is far from over. In the meantime this video provides a nice visual on Orpailleur's ice wine process.