Try to wrap your head around this one.

Nacho Libre, a bar in Montreal's Rosemont neighbourhood, made a joke about rape on a sandwich board yesterday. Here it is, translated:

Pick-up line of the day: does this tissue smell like chloroform? 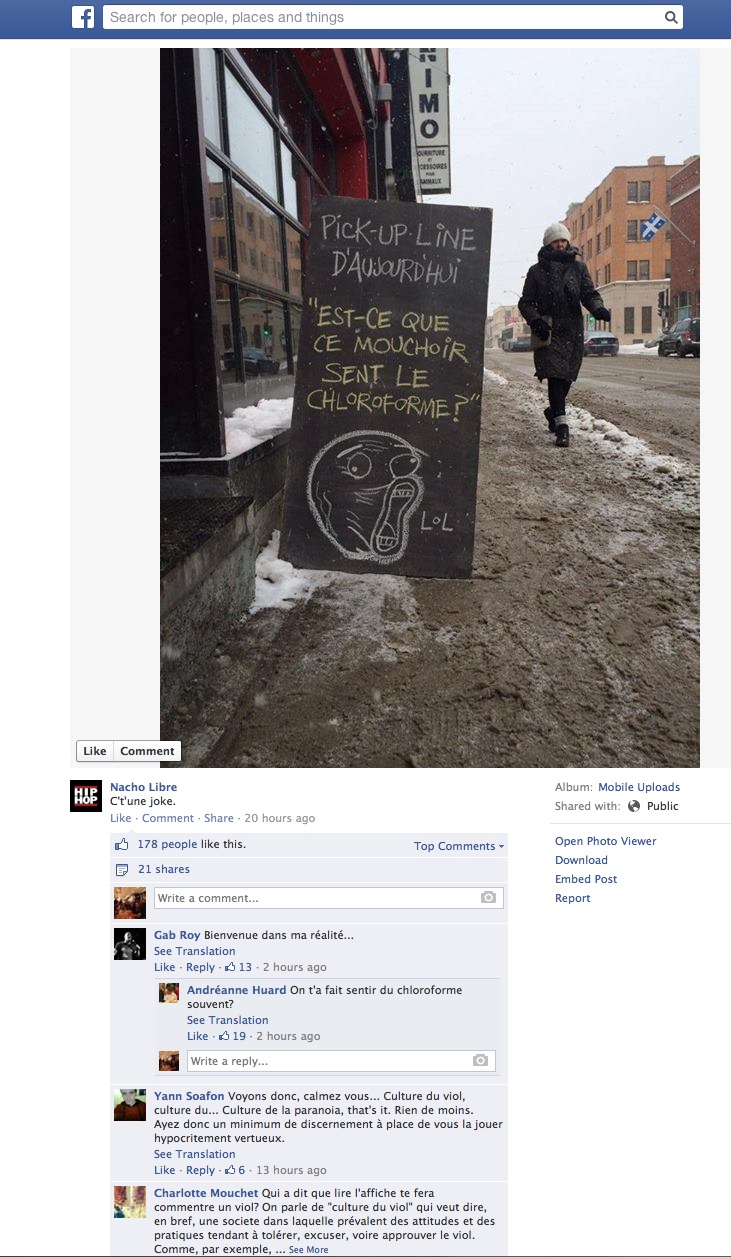 This all comes five months after a bar employee in Austin lost his job for pretty much the same nonsense. Nacho Libre's owner spoke today about the controversy: "We thought it was harmless. The joke is from the movie Hall Pass and Family Guy. It wasn't intended to offend anyone or to condone rape or violence. We kind of find it mind-boggling. We're not promoting rape here. We're not saying that rape is normal and that people should be getting raped. It's dark humour, not for kids, but apparently some people choose to interpret it differently."

The owner—who prefers anonymity because of alleged "threats to throw Molotov cocktails through our window"—went on to add that the bar has done "much worse stuff than this over the past two years."