Ferran Adrià is no stranger to Montreal. The influential elBulli chef was last in the city in November 2011 to address l'Institut de tourisme et d'hôtellerie du Québec students and staff and, notably, accept an honorary degree.

There was also this.

Ferran Adria eating everything on the menu at joe beef , solid , like an old school Compton G ! Fred and I honored , cool nite or sure! 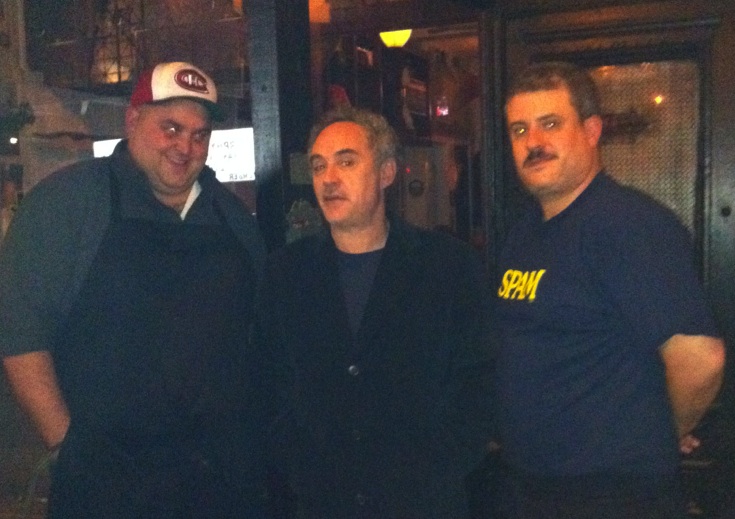 And what of Adrià's significant partnership with Taste Buds and Molecules author François Chartier?

All told, Adrià's apparent pull in the city did not sway his publisher Phaidon to include la belle province in a North American tour to promote the gonzo seven-volume elBulli 2005-2011. The five-city itinerary will see Adrià in Vancouver, Seattle, Toronto, New York and Chicago. But not Montreal, sadly.

He was booked for Seattle so Vancouver made logistical sense. It's only 45 minutes away by seaplane. It's really a time constraint thing. And a stop in Montreal would require some French language adjustments.

Tittiger went on to concede that the city may figure in Phaidon's plans for a second Adrià book tour. One can only hope.