Share All sharing options for: In De Wulf In Da House at Les 400 Coups

Michelin describes chef Kobe Desramaults and his West Flanders restaurant In De Wulf thusly: "A young, creative chef with very strong ties to the Flemish area is at the helm of this charming renovated farmhouse."

The World's 50 Best Restaurants (In De Wulf ranks #72, for the moment), less mutedly, affirms that "Kobe's cuisine is innovative and full of surprises, inspired by his surroundings and love for nature. He has been tutored by some of the world's best contemporary chefs." The famous eau pétillante list adds that a typical In De Wulf experience is "unique and profound."

It is surrounded by farmland producing the best products of the region. He has established a close relationship with the local farmers and this allows Kobe to get the produce he wishes, often very special and certainly distinctive from what is available in the markets.

All of this was on display yesterday at Les 400 Coups for a sold-out Montréal en Lumière event with chef Desramaults front and centre and the Guillaume Cantin-led brigade in support. The In De Wulf man lent his skill to ingredients like Nova Scotia trout, Maine oysters and Reninge (West Flanders) lamb. And there was wine, of course. 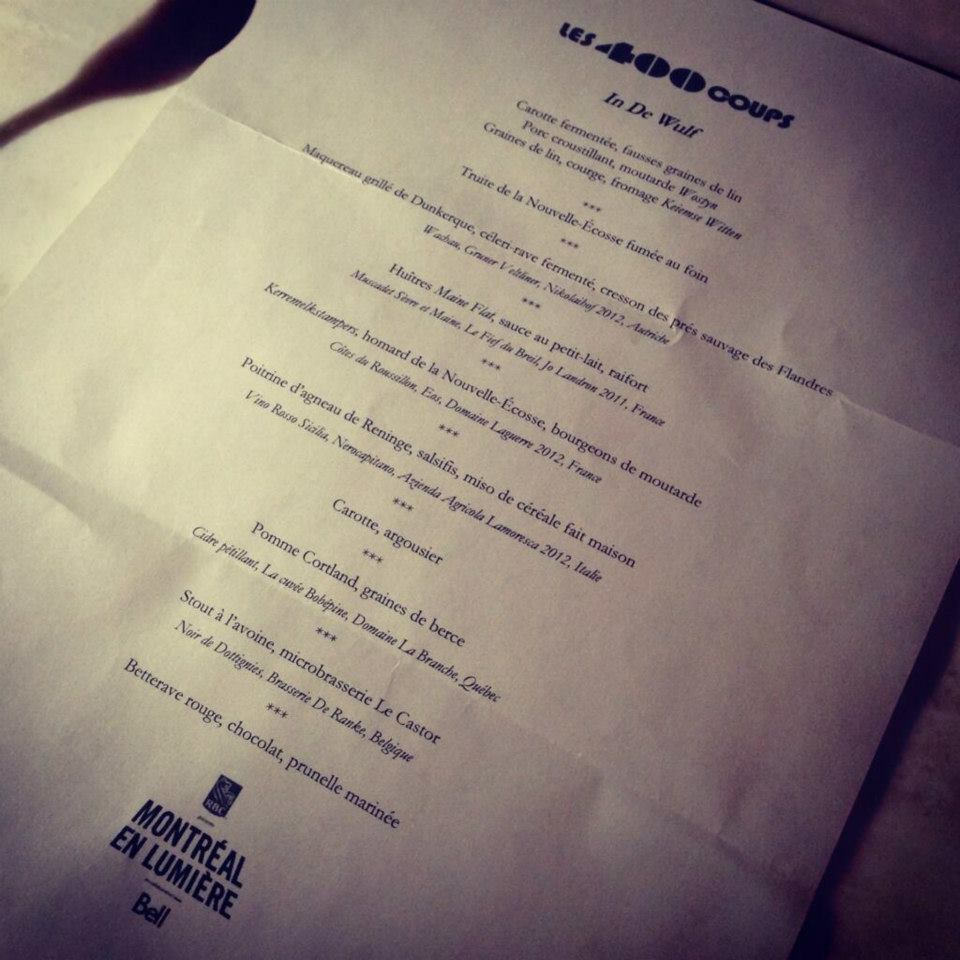