Share All sharing options for: Top Chef Canada Season Four: Quebec Cooks Not On The Menu 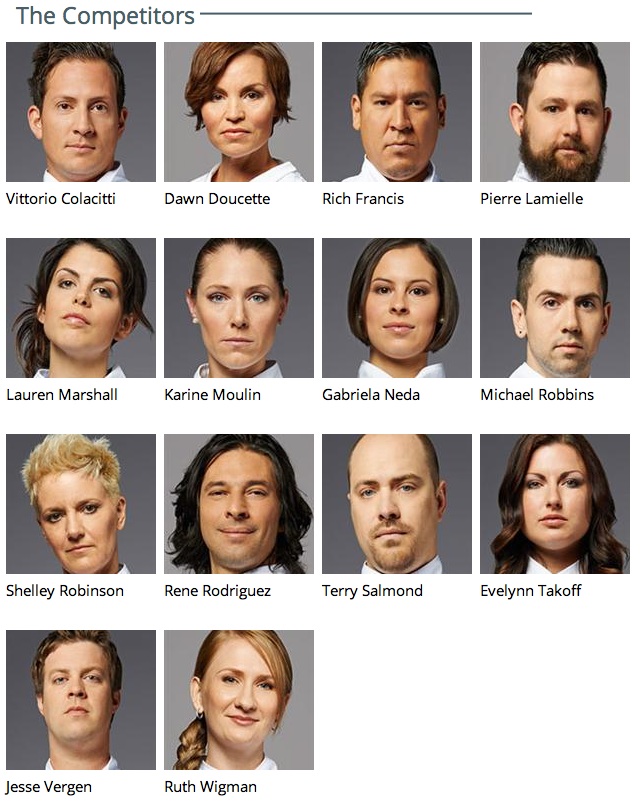 Alas, that is it for Montreal, or even Quebec, on Top Chef Canada season four. The new season debuts on March 10. The absence of competitors from la belle province (chef Karine Moulin, 36, was born in Quebec City but lives and works in Calgary) makes this line from yesterday's presser seem peculiar.

Following a Nation-wide search, 14 of Canada's top culinary elite have been selected to compete in this season of Top Chef Canada.

Look, we get it. The francophone audience of Quebec. The big media market that is Toronto and Ontario. Fine. Just know that if you film a competitive food television show in Canada sans Quebec cooks, like MasterChef Canada we will call you on it.