Elio De Lauri On Half a Century in the Pizza Game

Share All sharing options for: Elio De Lauri On Half a Century in the Pizza Game

The Church of the Madonna della Difesa in Montreal's Little Italy was built by immigrants from Southern Italy a century ago. A National Historic Site of Canada, the church is famous for frescos by Guido Nincheri, most notably one that depicts Benito Mussolini and the Lateran Pacts of 1929, which made the Vatican a sovereign state and Catholicism the state religion of Italy. Outside, a monument commemorates fallen Italian-Canadian soldiers and "victims of all wars." 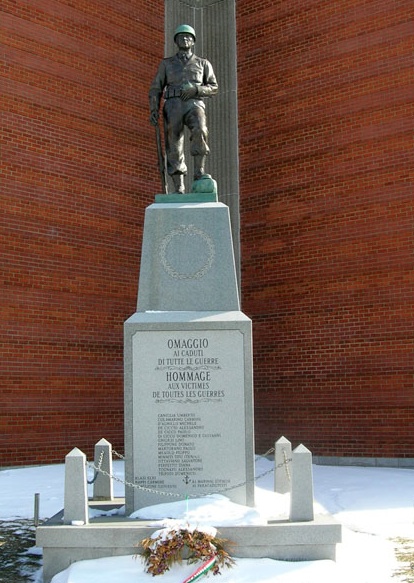 At the onset of Italy's involvement in the Second World War, Elio De Lauri left school to take up an apprenticeship at a bakery in Avellino, a 9 km walk from his village, some 70 km outside of Naples. He was eight years old. His older brother had been conscripted in the army and while his father had significant parcels of farmland, the boy's destiny was to work with dough.

One wonders if Elio De Lauri connects these dots while he sits in Madonna della Difesa every Sunday, his wife Nina, partner in life and in business, by his side. His restaurant, Elio Pizzeria, celebrates half a century this month—a staple on Bellechasse in La Petite-Patrie since 1964.

As you walk to Elio's, north on St-Denis, you pass a billboard at the corner of Rosemont that trumpets a large pizza chain's tenure in the province of Quebec. De Lauri's pizzeria precedes it by a full two decades.

How did Elio's come to be?
On February 25, 1958 my family left Naples for Canada. It took us 11 or 12 days to get to Halifax. From there we took a train to Montreal. I will never forget the date - March 7, 1958. We had to look for work. I found a job in a bakery and stayed for close to six years. Then I decided I wanted to open my own place. I found this locale, here on Bellechasse and bought it. It was a small restaurant that served French food at the time. I met the notary to sign the contract on December 18, 1963. We opened on March 7, 1964. Six years to the day after our arrival in Montreal. 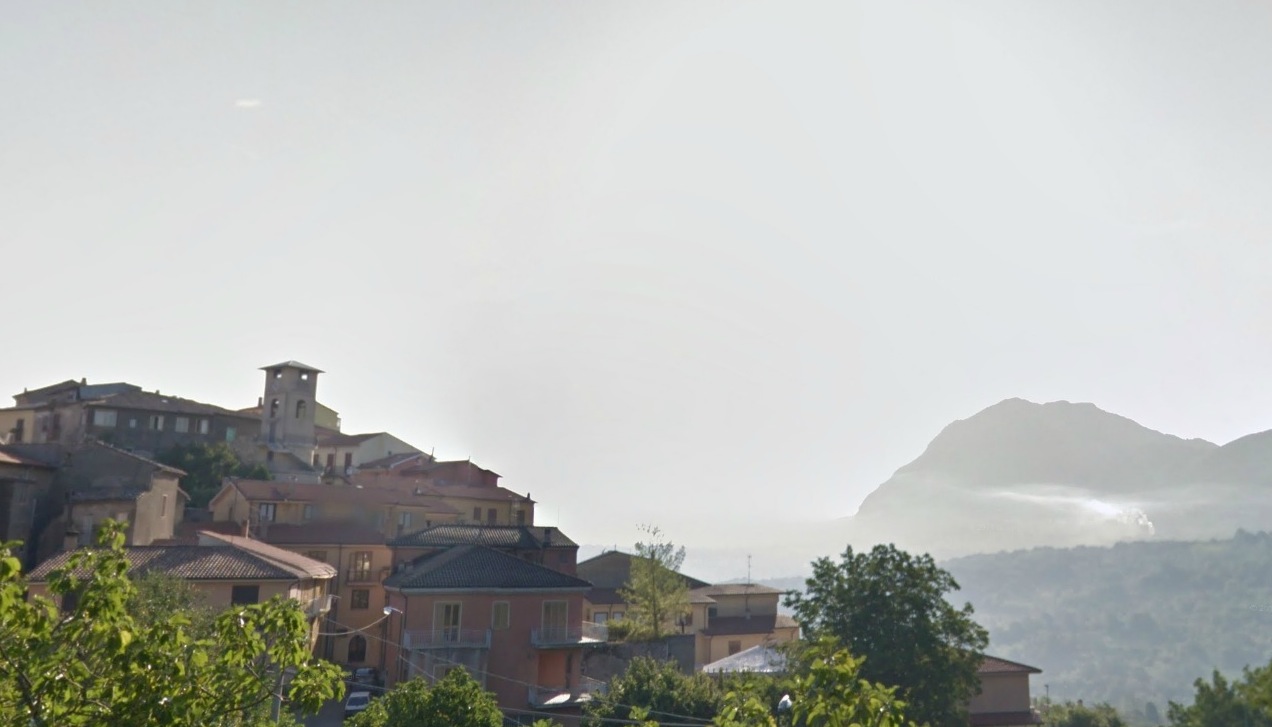 What was the restaurant like at the time?
Small. We had four tables. It was slow to start. This was an industrial area. When we first opened the idea was to create a restaurant and bakery. Eventually we made a name for ourselves in the neighbourhood and took over the space next door. And then, years later, the space next door to that. In 1980 we underwent a large expansion. Now we own the building and can seat 400. 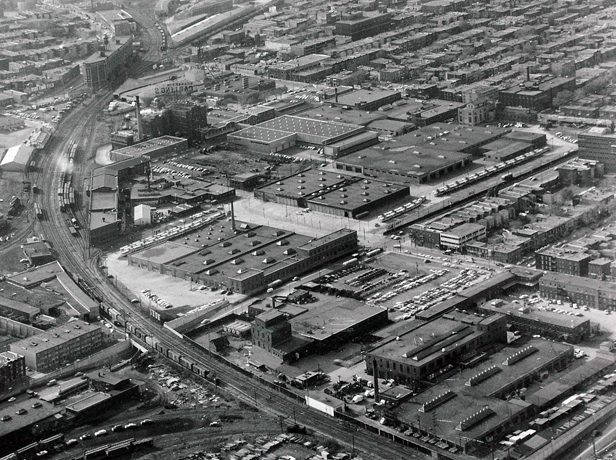 Bellechasse and La Petite-Patrie in 1959

What were your customers like in 1964?
Very mixed. Not just Italians. Québécois, Greeks, Spanish, English. Montrealers! We had people come from Lachine, Dorval, Ville Émard, Saint-Laurent to try our pizza. And sometimes I would bring the pizza to them!

How has the neighbourhood changed in the 50 years that you've been here?
We had the Coca-Cola entrepot across the street in 1964. My first order was for 25 pizzas from the plant. The trucks would leave early in the morning to do their rounds and come back at noon. Workers would often stop in for lunch. Then the trucks would head back out. There were a lot of factories then. We also had O'Keefe on de Gaspé, Catelli and others. It's not like that now. A lot of our original regular customers moved to different neighbourhoods. But you gain new customers and the old ones come back with their children and grandchildren. When we celebrated our 50th anniversary here at the restaurant last week a man tapped me on the shoulder and said 'Hey Elio do you remember me? I used to live upstairs when you first opened.' That made me very happy. 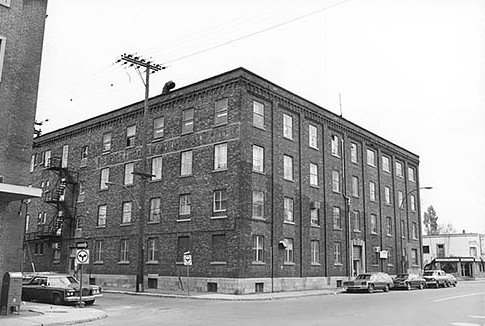 How do you last 50 years in a business like this?
I always worked very hard. And I rejoice in the hard work. I pride myself on quality control, checking the ingredients, the sauce. I've never hired a 'chef' here at the restaurant - never. I'm the chef. You have to stay on top of quality, always. The pasta, the tomatoes, the cheese, the dough. All of it.

No question of retirement then.
No. I don't work as hard but I'm still on top of things.

How many days a week do you work now?
(Laughing) 14 days a week! [A server later let on that the octogenarian is typically the first one to arrive at the restaurant and the last one to depart.]

This is a family business.
Yes. My daughters are not involved so much now but my son, Frank, is here. He's the one who's in charge. He's my boss.

Has the menu undergone a lot of changes over the decades?
Little by little. But we take it slow. Regulars know that we make some special dishes that are not on the menu. For example, we make a pizza with bocconcini named after my hometown, Candida. We also created a pizza named after my wife, Nina. She works with me every day. Together we have eight grandchildren.

Family is very important for you.
Love of family is everything. The most beautiful thing. My children and grandchildren are my joy. And this is all for them. 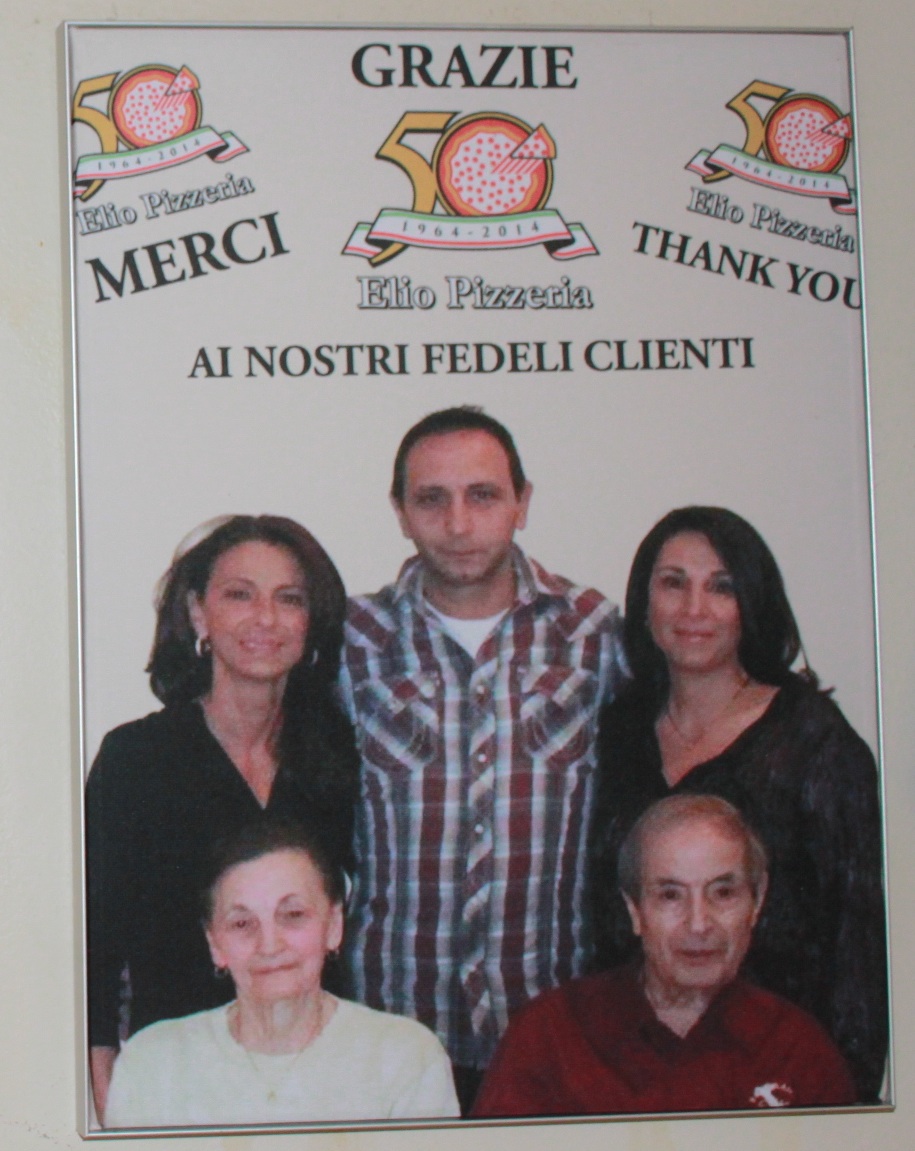 Do you ever return to Italy?
I still have a house there. But my village has changed a lot. In some ways going back is like going to Florida or Mexico. I love Montreal. This is my home.