It's a bit of a shitshow.

Share All sharing options for: 10 Crazy Facts You Need to Know About Moxies Before You Eat There

Moxies Grillades Bar is now open Downtown on University, between René-Lévesque and Cathcart, under the loom of the Altitude mega-development and next to the soon-to-open Vertigo Stk + Bar.

Moxie's (with apostrophe in the rest of the country) is "Canada's fastest growing restaurant in the premium casual sector and a Canadian success story." This "success story" includes over 60 restaurants across Canada, from the first Moxie's Calgary to this week's newcomer in Montreal, the first in the province of Quebec.

1. In a recent CBC Marketplace investigation "Moxie's had more major health violations than any other chain."

A Marketplace staffer went undercover as a server at a Moxie's in Vancouver and recorded kitchen footage of patent negligence. The chain was consequently a major focus of this article: "Restaurant inspections at national chains uncover repeated, major violations". Other culprits: KFC, Pizza Hut, McDonald's, Second Cup, Starbucks, Subway, Tim Hortons and Wendy's.

2. In response to the CBC report, a Moxie's executive wrote:

As I mentioned in my voice message last week, no one from Moxie's will be participating in the interview. However, I can provide the following statement from our President, Laurids Skaarup:

"At Moxie's we are committed to the highest possible standards of quality and safety for our guests. We respond quickly and comprehensively to any concerns from a local health authority. But we do much more than that. We continually monitor our food handling procedures and improve them wherever possible. We hire an independent inspection firm to conduct unannounced inspection visits on each of our restaurants to ensure local managers are rigorously following proper procedures." [Source: CBC]

Apparently Boston pizza and moxies are the dirtiest restaurants in Canada to eat at. Servers sneezing on food and shit. Grotesque! 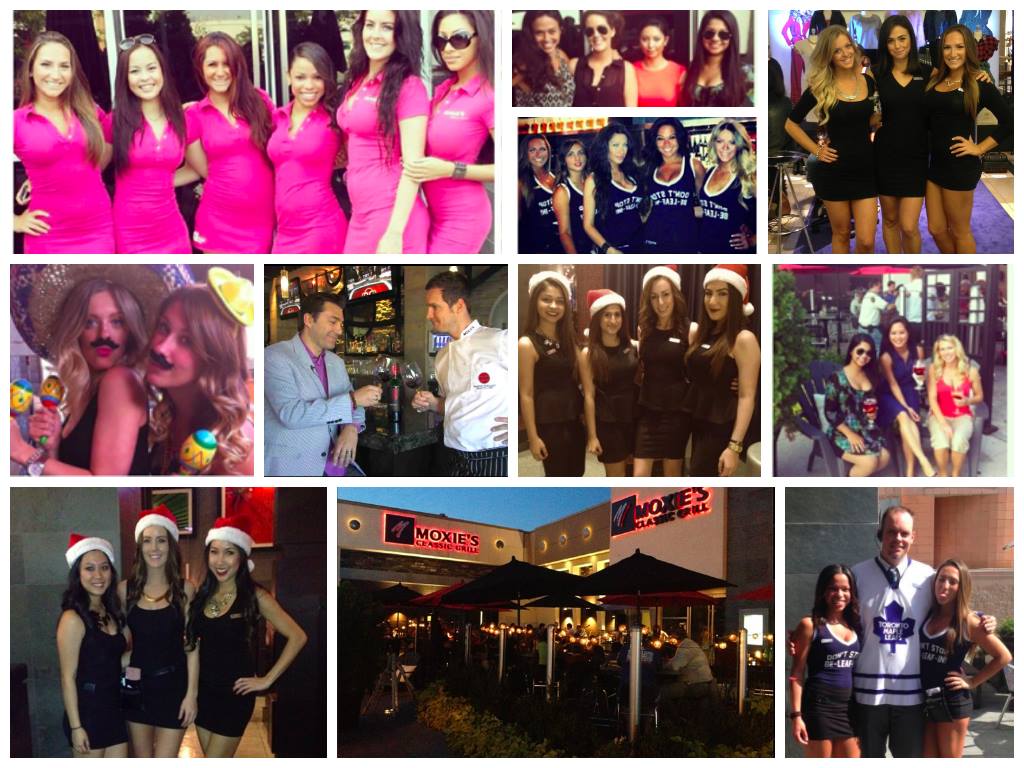 It may not be Hooters but when it comes to female employees, Moxie's seems to have a type. A former Moxie's manager told as much to a Toronto Sun reporter in 2011: "If I wanted to hire someone the immediate question was about their look, if they had a nice ass or a decent rack. They had to have a good figure because that's what attracted the men in to come drink."

Another excerpt from the article.

To be sure no 'uglies' even got an interview, Hawker said he and other front of house staff were directed to screen applicants coming through the door at Moxie's, and mark resumes with a "110" (one-ten) if they were unattractive. It's an internal code for "do not call," he said. (Put a diagonal line between the pair of ones and it forms 'NO'). Similar practices are allegedly in place at other restaurants across the country. 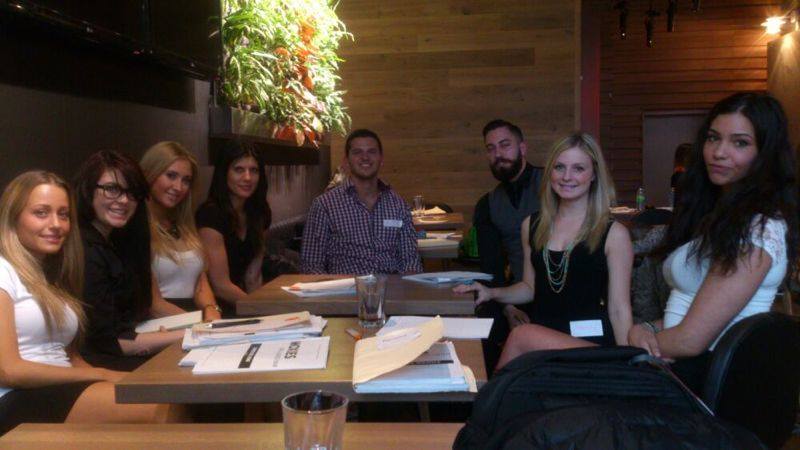 A prominent employment lawyer told the Sun: "A case could definitely be made under the human rights code."

5. In which Moxie's President Laurids Skaarup chats up the company's HR bona fides.

From a profile of Moxie's on foodandbeveragecanada.com:

Skaarup says Moxie's is determined to be the employer of choice for the casual-dining sector, and adds that the company is always looking to hire the best people. "There's only one way to be fabulous in this business, and that's through the people," Skaarup says.

Attracting and retaining people means the company has to treat its employees fairly and not take short cuts. Moxie's provides its employees with education sponsorship programs and incentives for long service, but most importantly Moxie's offers an environment based on respect.

And lastly: "We are passionate about being a fabulous employer, about ensuring our guests are happy, and about long-term enduring profitability."

6. Moxie's parent company, Northland, was recently hit with a class action lawsuit by more than 70 temporary foreign workers at Denny's.

Herminia Vergara Dominguez, who spearheaded the suit alleged she and other Denny's workers paid thousands of dollars in recruitment fees to an employment agency in Richmond, B.C., and were promised work in Canada.

But when Dominguez arrived from the Philippines in 2009, she says Denny's failed to provide the promised work, didn't pay overtime and refused to cover expenses, such as travel fees.

Northland eventually agreed to a settlement of more than $1.3 million in the case.

7. The billionaire owner of Moxie's will stand trial in 2014. 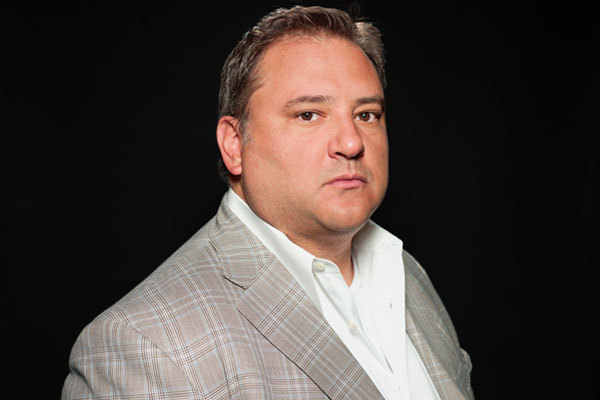 Northland scion Tom Gaglardi faces "two counts of harmful alteration of a fish habitat", along with his father Robert John Gaglardi and the Northland corporation, reports Kamloops This Week:

The lawsuit, filed in January in B.C. Supreme Court in Vancouver, claims Tom, Bob, Andrea and Devonna Gaglardi, working under the company name Revelstoke Mountain Resort, Inc., were deficient in installing utilities in the development.

The alleged deficiencies include an unstable retaining wall, incomplete lighting and signage, a sewer system that has "not been set to proper grades" and a drainage system that "has not been completed or constructed as designed."

The document also accuses the Gaglardis of providing falsified information to B.C.'s superintendent of real estate in four reports filed between 2007 and 2009.

8. This is hardly the parent company's first brush with the law.

"Gaglardi family suffers more pain at the hands of a court", wrote the Vancouver Sun in 2008, in an article that took pains to chronicle the billionaire family's troubles with B.C. Supreme Court:

First, their epic civil lawsuit to win an ownership slice of the Vancouver Canucks NHL franchise was unceremoniously snuffed.

Now the family investment vehicle -- Northland Properties Corp. -- has had an appeal of a provincial capital tax reassessment rejected.

In a stinging decision, Justice Brenda Brown concluded the firm -- which controls Moxie's and Denny's restaurant chains, Shark Club nightclubs, Sandman Hotels and other interests -- filed returns for 1992 through 1998 that were misleading.

9. Moxie's sponsors one of the most eminent culinary events in the world.

If it seems odd for a "premium casual sector" restaurant chain from Calgary with menu items like "ginger sesame tuna on taro root chips" and "chicken madeira rigatoni" and health code and labour practices sufficiently dubious to draw coverage from major media outlets to underwrite, in part, the most famous chef championship on the planet, Moxie's is apparently unaware.

The company has been a sponsor of Canada's contingent at the biennial Bocuse d'Or culinary showdown in Lyon, France, since 2006. Have a gander at this quote from a 2012 press release, from Canada's Bocuse d'Or Chef de Mission, Vincent Parkinson:

We feel so fortunate to have found a home in Moxie's; they are a true partner in every sense of the word. Further, I am delighted to align Bocuse d'Or with Canada's leading premium casual chain, as I believe Moxie's organization is a vital force driving the success of Canada's culinary arts. Our industry depends on teaching and nurturing young Canadian talent.

10. Laurent Godbout will represent Canada at the 2015 Bocuse d'Or. 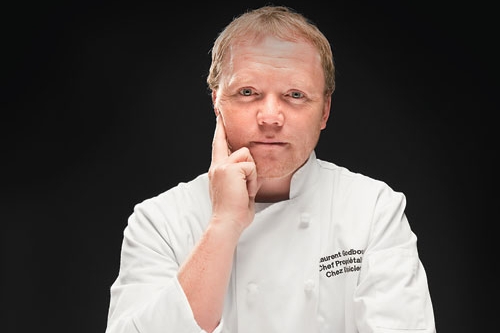 The Board of Directors for the U.S. Bocuse d'Or équipe, by the way, consists of Thomas Keller, Daniel Boulud and Jerome Bocuse.