The 12 Most Anticipated Restaurant Openings

Share All sharing options for: The 12 Most Anticipated Restaurant Openings

Nobody can ever accuse Montreal's restaurant scene of inertia. Because even in this period of economic and political uncertainty, the wheels are very much in motion as chefs, developers and restaurateurs scramble to get projects off the ground in every corner of the city. These high-profile 12, in particular, face a little extra scrutiny. 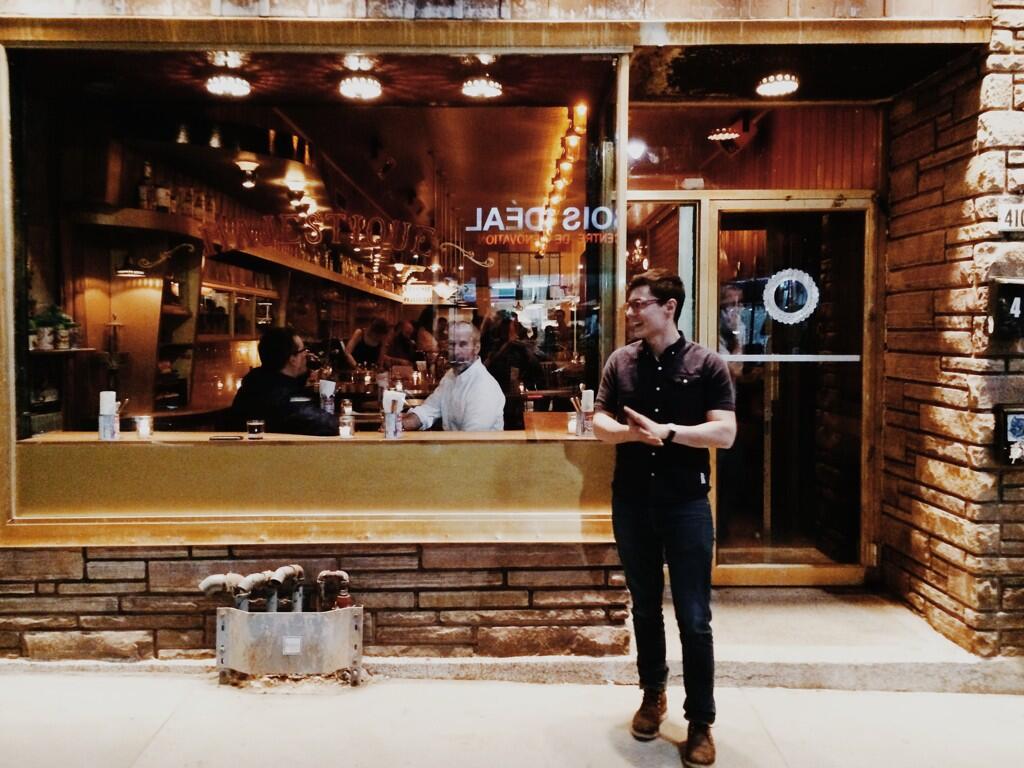 The big news with Majestique, other than the old Delli-Cité digs on the Main, is, of course, the involvement of Charles-Antoine Crête (Toqué!, À table avec l'ennemi) in the menu concept. But the entire équipe here is ace, from restaurateurs Richard Holder and Olivier Farley to designer Thomas Csano. Minority partner Max Ruiz Laing (Choice Harbour) reports that the restaurant, fresh off two dry service runs, will likely open next week. 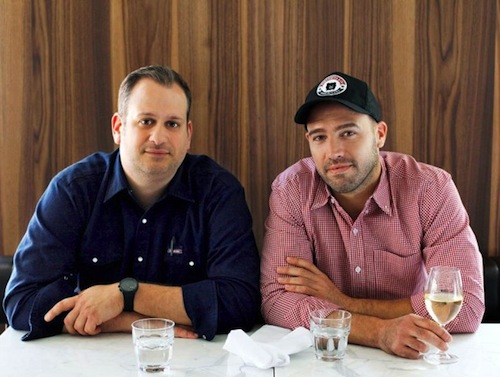 Stefano Faita and Michele Forgione will branch off on Dante in Little Italy this summer. There is a groundswell of buzz that the sister spot to Impasto will be a no reservations pizzeria, though the duo has yet to confirm it. Forgione has, however, been on fire with pizza recipes of late - see here, here and here. It looks like we can safely say that retro ice cream desserts will make the final menu, however. 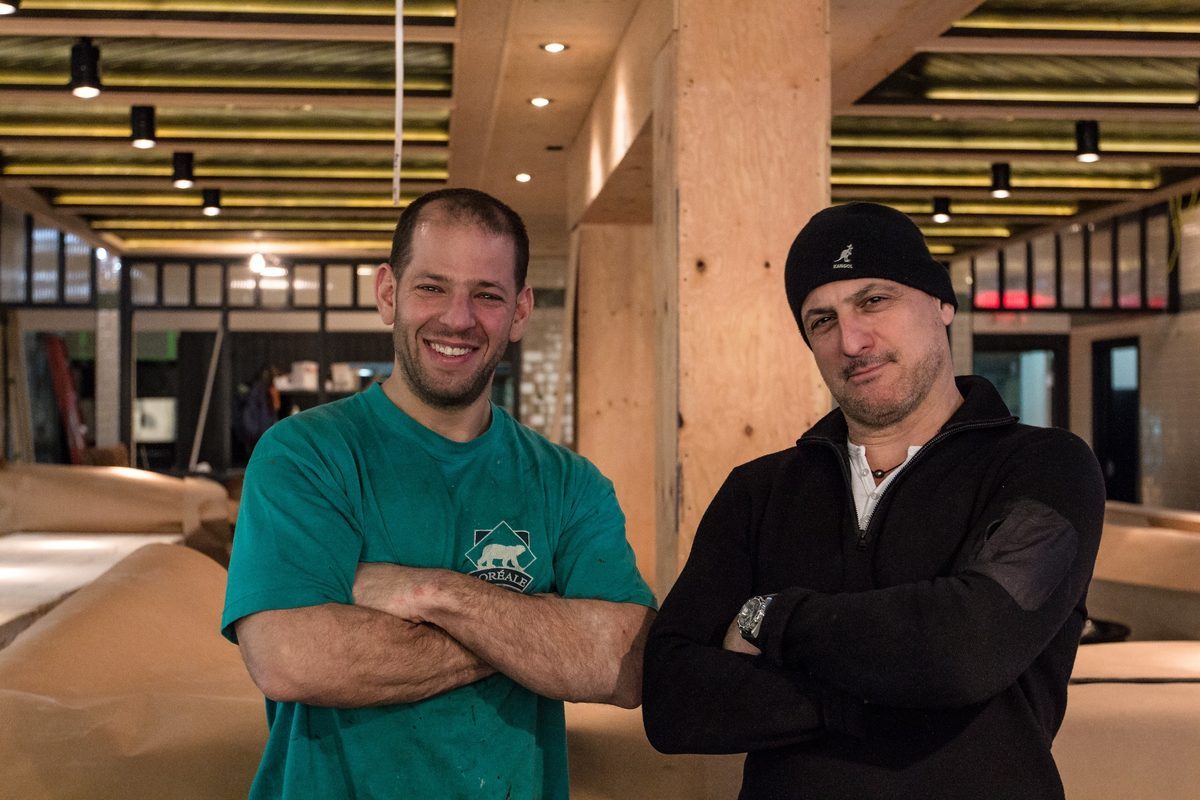 Stephen Leslie (Monkland Tavern, Tavern on the Square), Mike (above left) and Greg Silas, both of Typhoon Lounge, have been hard at work on Le Sieur d'Iberville in the Plateau for months. The facelift of the former 1950s pub on the corner of Mont-Royal and d'Iberville is close to done. Leslie reports that the partners have about a month's worth of work left and the typical lag for city permits. 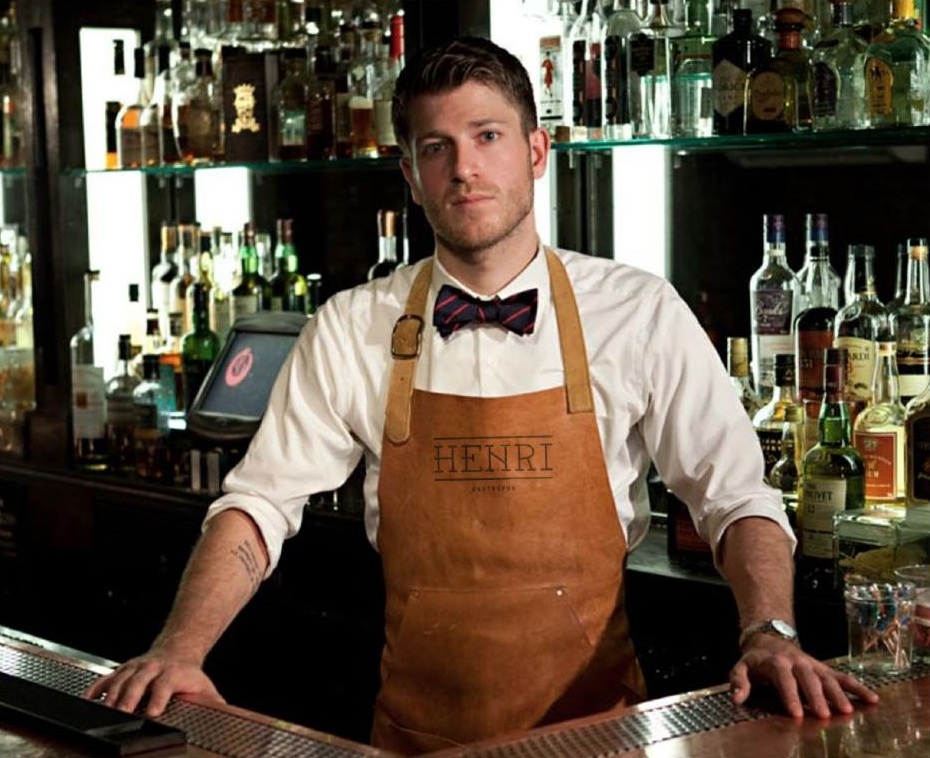 Danny Lavy and Stephen (Au Bon Marché) Shiller own the property and partners include principals from the likes of Quai No. 4, Barraca, BAR INC, Ils en Fument du Bon, Helm, Le Quai Roulant Food Truck, Monsieur Smith and Huis Clos. The hope is for a spring open though management is still in hustle mode to secure bar, floor and kitchen staff. 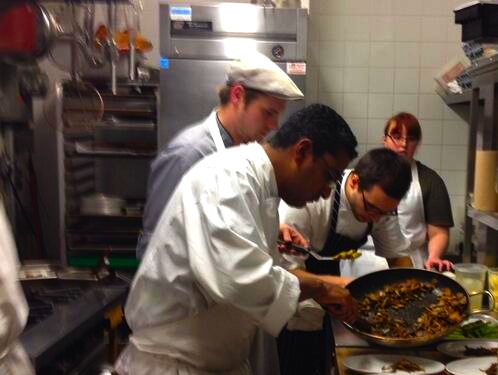 The former Les Chèvres, Les Cons Servent and Sinclair chef, and current ITHQ instructor, has a restaurant in the works for this summer. We know it will be in Outremont but other than that, Perombelon prefers to stay mum. 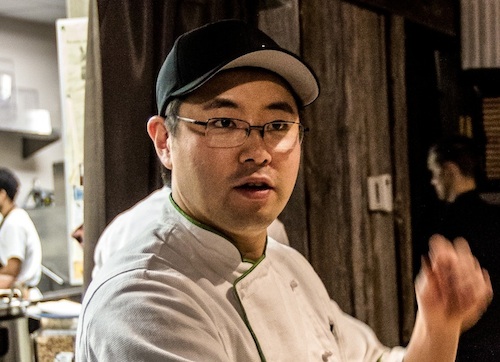 Antonio (#fortheloveofthegame) Park has been chill about his new restaurant thusfar - no word on dates, locale, or partners - other than what the name seems to imply: parrillada aka barbacoa. How this all plays out in the hands of a talent like Park is anyone's guess. 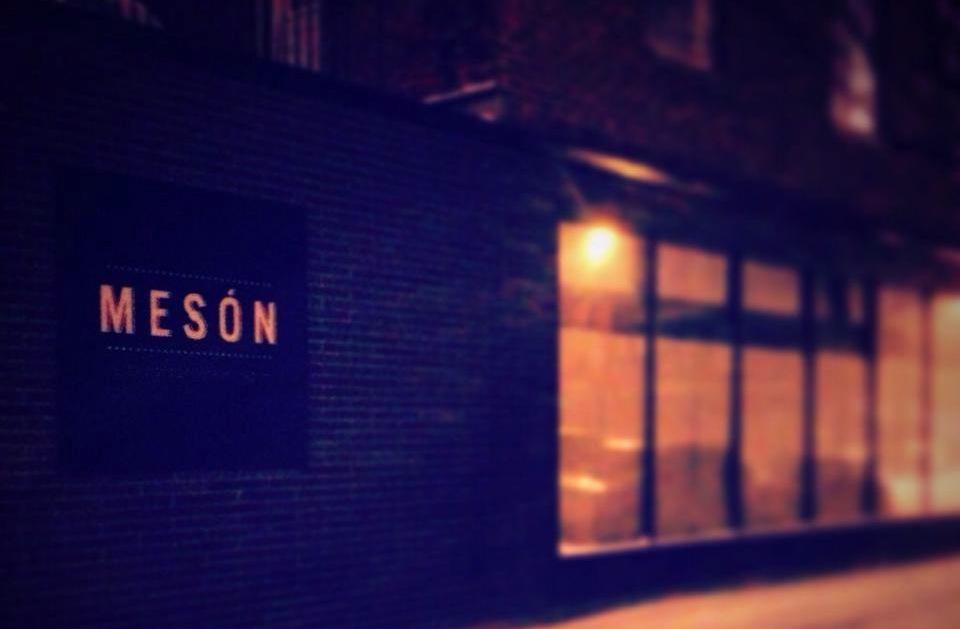 Tapeo has been mired in the no-shows scandal lately but the most important news from the Villeray restaurant is the imminent Méson, from the same ownership. You can get a sense of the food at the Spanish restaurant here. Diners will be able to get a taste later this month, most likely. 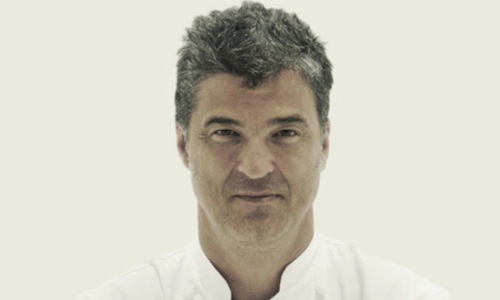 Addendum: Turns out the MTL Cuisine/Carles Abellan collabo has a name after all - Tapas24. 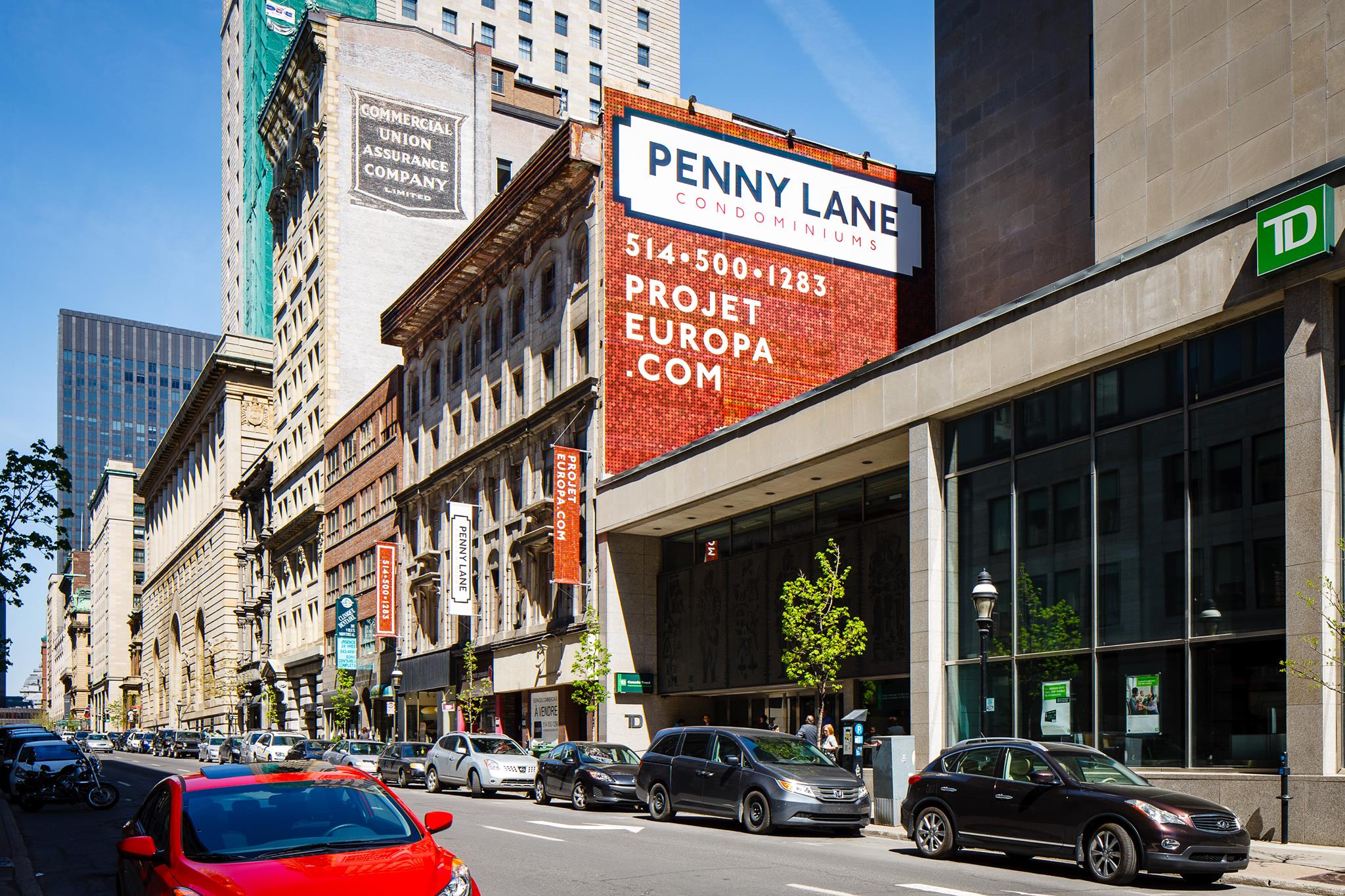 Monarque is a long way off - early 2015, in all likelihood - but because of the chef, Jérémie Bastien, son of Richard Bastien (Leméac, Le Mitoyen, Café des beaux-arts), the anticipation is major. The question of when, precisely, all depends on how fast condo developer Europa delivers the Penny Lane project at 408 Saint-Jacques in Old Montreal. 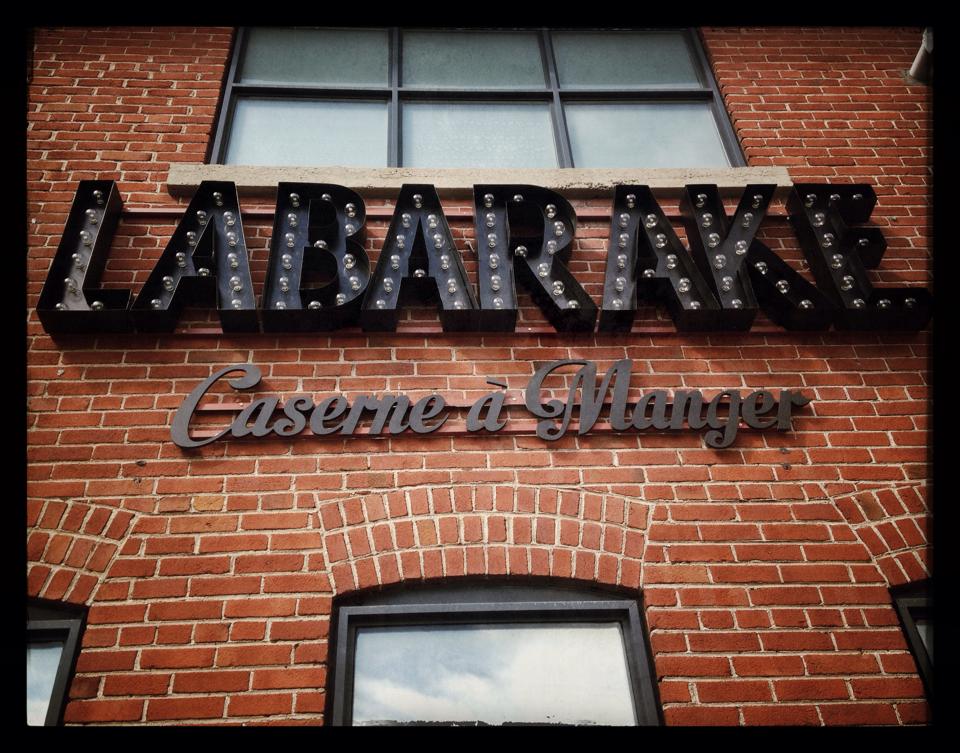 Rosemont's renewal includes the conversion of the Canadian Pacific Railway Angus Shops facility on Rachel, at a total price-tag of $500 million. Labarake, a "restaurant de quartier" with "une cuisine du terroir imaginative et de qualité", will occupy the old Angus Shops fire house, with a terrasse that will hopefully be in use when it opens next month. 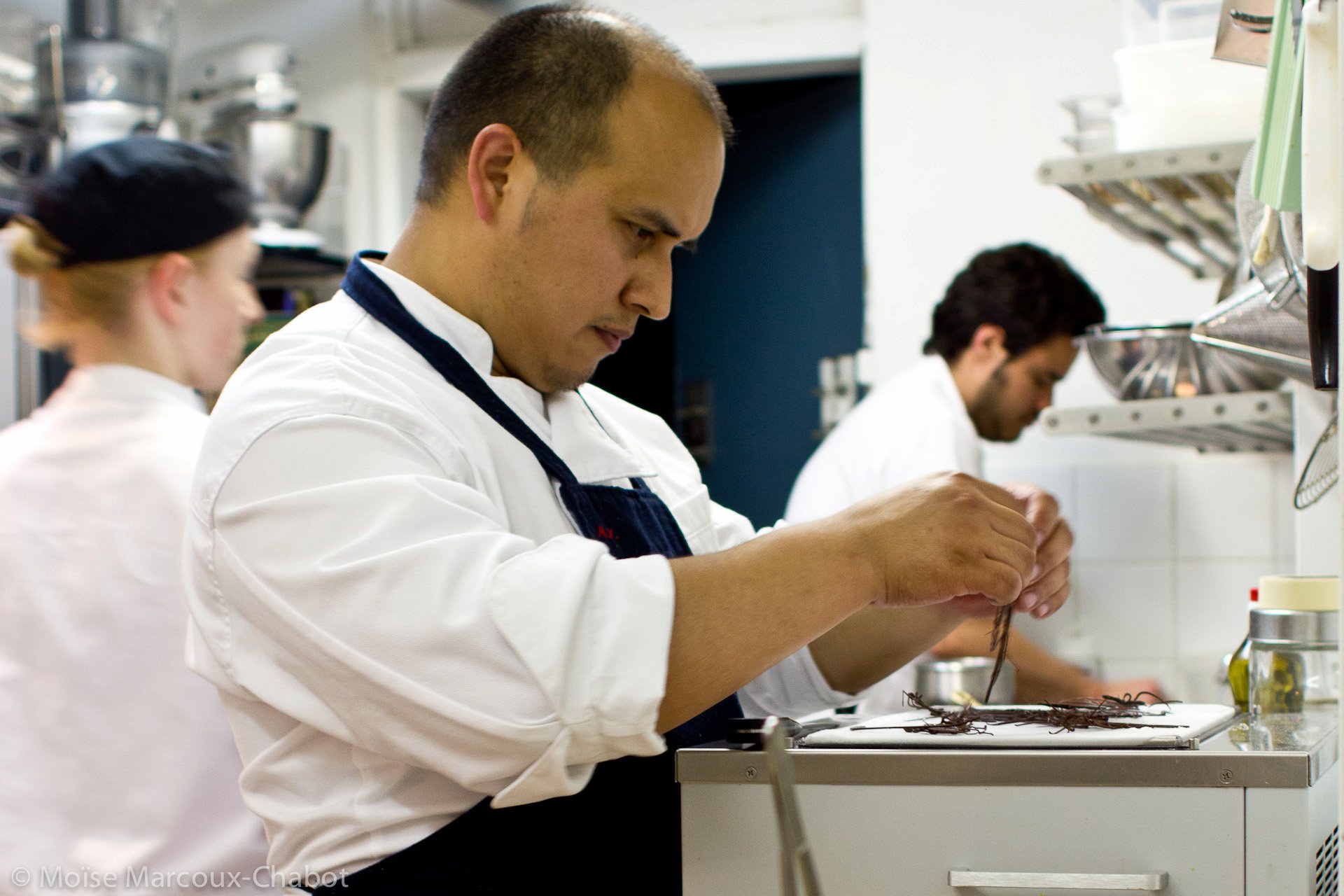 Mario Navarrete Jr. has big plans, siempre, and a full plate with Madre and Madre sur Fleury. The question is whether he can focus and re-capture the magic he once had when Raza was a major player in the city. Callao, a "Peruvian cantina", will take over the coveted Laurier/Mile End space sometime this May.

Peter Morentzos will revive his Downtown temple of excess this month or next, after a significant refurb at 1181 de la Montagne. You know the drill: Herculean hunks of beef and in-house butcher shop, massive wine cellar and, natch, a "lobster bar."