Watch Youppi! Ride the Mechanical Bull at Chez Serge for Jimmy Fallon and The Tonight Show

Share All sharing options for: Watch Youppi! Ride the Mechanical Bull at Chez Serge for Jimmy Fallon and The Tonight Show

Jimmy Fallon is a hockey fan and, specifically, a New York Rangers fan. When the Montreal Canadiens and Rangers recently met in the conference finals, the Habs made a bet with the The Tonight Show host via Twitter. And promptly lost.

The essence of the wager in the event of a Rangers loss was simple: Fallon, in a Habs jersey, for one entire monologue. The talk show host was considerably tougher on les glorieux, however. Fallon's terms were for Youppi!—the former Montreal Expos mascot whom the Habs adopted after baseball left for Washington, D.C.—to walk the city streets in a Rangers sweater and ride the mechanical bull at popular Mile End bar Chez Serge—in a Rangers sweater. Oh and send The Tonight Show a video and tweet ten photos of the pitiful episode. 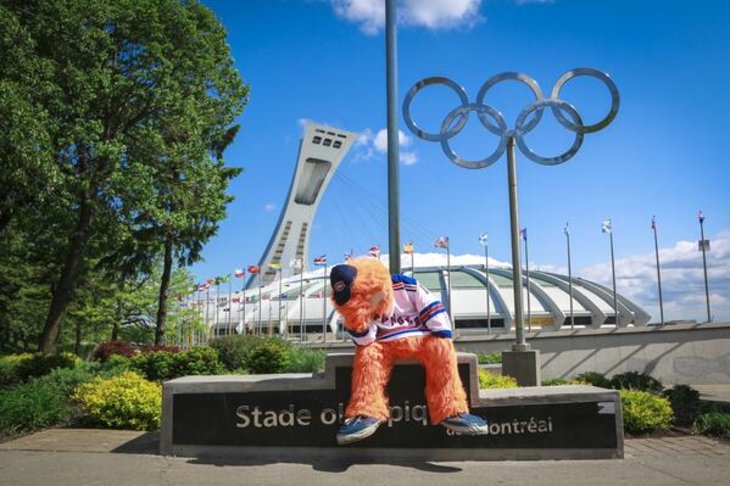 This all came to pass, of course, after the Canadiens lost to the Rangers in six games. Fallon addressed the bet and Youppi!'s disgrace on The Tonight Show, with bonus poutine (and Rob Ford?) references.