Share All sharing options for: Eric Dougherty on Managing the Grumman HQ

Welcome to The Gatekeepers, where Eater profiles the fine folks who manage some of Montreal's most popular restaurants. 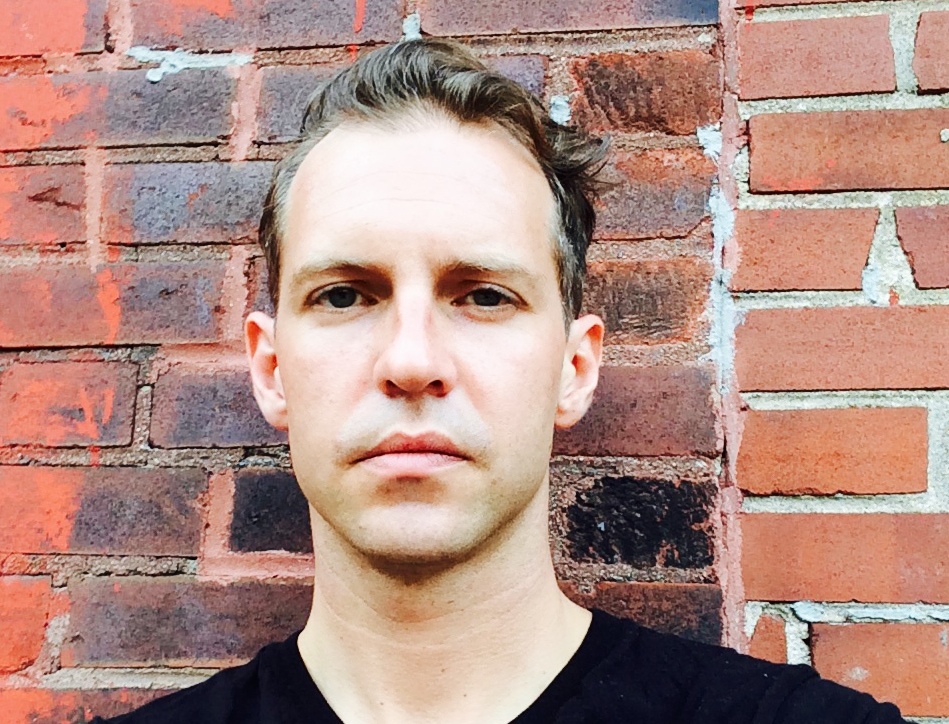 By now, everyone in Montreal probably knows about Grumman '78. They were the mighty food truck pioneers who paved the way for countless others to serve meals on wheels and continue to draw crowds to their lime green taco truck. Their restaurant, the Grumman HQ, was the brainchild of owners Gaelle Cerf, Marc-Andre Leclerc and Hilary McGown. By converting a run down garage in St. Henri, they created one of the coolest looking restaurants in the city. With it's eclectic atmosphere, balls-to-the-walls attitude and Mexican inspired food, Grumman has been a success story since the beginning. But as with any restaurant, it takes a lot more than a shit ton of luck to make sure things run smoothly. Thankfully for Grumman, they have HQ general manager Eric Dougherty.

Here, Dougherty talks with Eater Montreal about what it takes to run the HQ, John Denver, margaritas and the importance of reservation etiquette.

What's your hospitality background, how did this all get started?
I've been the general manager of Grumman since August of last year, so just one year now, but I've worked in restaurants a lot, for part time jobs, when I was younger. I started as a pizza boy at Euro Deli and then really where I cut my teeth was at Joe Beef where I was busboy about a year after they opened. I eventually became a waiter and worked at Liverpool House, and then finally at McKiernan's where I met Marc-Andre Leclerc, who was the chef de cuisine. Since we worked together in such close quarters, we really got to know each other. When he asked me to come and manage Grumman it was a no brainer – we just kind of picked up where we left off. It works out well because I've known him for so long I understand his whole vision and he trusts me with that. I should also mention that in between the time at Joe Beef and Grumman I worked at a lot of restaurants: Lawrence, Le Bremner, Garde Manger, The Sparrow, Nouveau Palais, Dominion Square Tavern and Olive and Gourmando.

What do you like most about managing Grumman?
I like the idea of curating an evening in a restaurant and making sure everything is running efficiently. I like to make sure things are flowing smoothly, obviously, in terms of customers getting their food on time and drinks coming quickly, but in terms of all the other things-the music, the lighting- are all very important to me. I like to do the playlist, it's a really fun perk as of late, and people have been responding really well to the music. It's the kind of thing I like to change up depending on what the vibe is like. On one of my playlists there's this John Denver song, 'Country Road'. It's such a good song, but a real underdog, and when it plays, there's always certain people in the restaurant that react to it, look off into the distance with a glassy look in their eyes, or tap their feet or something, it just gives me so much joy. 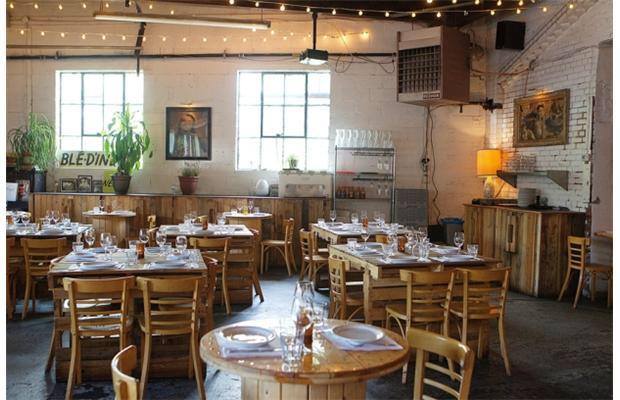 How would you describe Grumman?
Really fun. It's very casual, to the point that the tables are made of wood pallets, it's unconventional for sure. The food focus is street-food inspired but in an atmosphere that provides fine service with a lovely wine and cocktail list that surprises people when they come for the first time. It's kind of high end meets low end: high end products in a very comfortable and casual atmosphere.

The cool thing, or what I find very dynamic about Grumman, is the demographic of our customers is impossible to nail down. At any given night there is anything from young families to older people (who we've been seeing a lot of lately) and it's something that I think is really awesome. I personally love the eclectic vibe, it adds to the whole diaspora of cool and interesting people that walk through our doors.

What are the biggest obstacles in managing a busy restaurant?
The main thing I've realized about customer service in general is that you can never judge a book by its cover. Sometimes I think a table is having a fantastic time and then at the end of the night, they'll let me know something wasn't very much to their liking. Then, the exact opposite happens: I think a table is having a horrible time, and they leave bestowing the nicest compliments. It's really hard, every table is it's own anomaly and you can never make assumptions. That for me is personally the most challenging part. People are also very critical, which I understand is part of the game, but I also sometimes find that hard. It's something that I've had to get over. Anytime someone hasn't had a good time or complains about something, it stays with me and it always feels horrible no matter what. Even if we did our best to regulate it and they're happy in the end, it's hard to shake. I find that a daunting part of the job because I always feel that I'm doing my best, and sometimes even my best isn't enough.

Tell me something that gets under your skin.
People in Montreal don't seem to know about reservation etiquette. It's getting a bit better but there's still been a lot of talk about it recently. Everyone in our restaurant and many other restaurant people agree whole-heartedly: it's a bit of an issue. We had fifteen no shows last Saturday night and we were fully booked so that's a little hard. We turned a lot of people away too. I understand that things come up, but a phone call is so ultra-appreciated, it really makes my day when someone calls to cancel a reservation or adjust their reservation. That's another thing: making a reservation for ten people and showing up as fourteen. We had a situation recently where we literally did not have enough chairs because someone brought extra people and we had to go out and buy them. 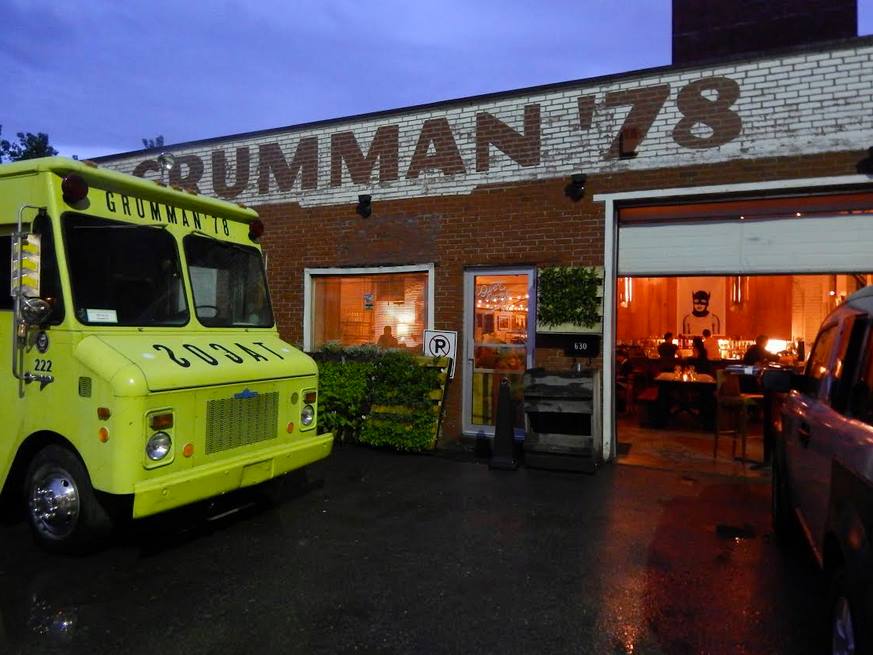 What's your favorite dish at Grumman?
I'm a real fan of the roasted duck chilaquiles. I love duck breast to begin with so it's a no-brainer, but what we serve with it takes it in a completely different direction. It's totally representative of a classic Grumman plate because it's dressed down with corn chips and fruit ketchup. It's deceptively simple, but once you eat it you're blown away. I think it's a really good representation of what the kitchen does best right now.

What's your drink right now?
Margaritas! Let's just face it. We've been shaking like a gazillion margaritas lately and we couldn't be happier, actually. I think margaritas had a bad rap in the past because they're a bit of a 'not so classy' drink to have, but they can be super enjoyable and what better to go with Mexican inspired food, right? That, and, I have to say, dry sherry. Due to our brilliant sommelier, Charles Tarzi, who designed a cocktail with it called The Hotel Astoria. It's a great aperitif.

Where do you like to eating out?
I will just say right away that Lawrence continues to blow my mind every time I eat there. I think it's some of the most impeccable food in the city. I guess I'm loyal to my old stomping grounds but Lawrence just always hits the mark. I had a piece of chocolate cake there once that almost made me cry it was so good. They're really great examples for any young person that's interested in hospitality. They're on the cutting edge, have great direction, an ethical approach and most importantly, their food comes out on top.

What do you think is the best thing about Grumman?
Definitely the team and working with the sommelier, Charles Tarzi, and assistant manager, Kaitlin Doucette. We all have great respect for one another and work really well side by side and that's a pleasure of the job: working with likeminded people who are passionate about food and about restaurants in general.