Romados After the Fire and 20 Years of Chickens

A conversation with the scion of the Portuguese chicken standby

Share All sharing options for: Romados After the Fire and 20 Years of Chickens

It was a grim scene on January 5, 2013 as a convoy of fire trucks sat on the corner of Rachel and de Bullion. A grim scene for loyal patrons of the first name in Portuguese rotisserie chicken in Montreal and, indeed, for owner Fernando Machado and his son and general manager, Manny.

Romados had become such a constant over two decades that a major electrical fire and subsequent hiatus elicited a tidal wave of quasi-panic. A year on and the remade Romados is more popular than ever. Eater sat down with Manny Machado to discuss the ups and downs of life in the Portuguese chicken game.

It's been a year since you reopened. How has it gone?
It's been amazing actually. We had no idea we were missed as much. We know we're popular and that people like us but it was during our closure for seven months that we gained way more attention on our Facebook page. Our likes doubled in the time we were closed. When we reopened we saw the people's reactions to missing us. I always say that it's like the city of Montreal starved for eight months because when we reopened the lines were crazy. Just down the street. People were so excited. And they've been showing us the love since. We have not had a moment where we can say, well, we're not that busy. The city of Montreal has been amazing.

Nobody wants to have to start over because of a fire but were you able to make some changes to improve the overall operations of the restaurant for the better?
The funny thing is we had gone through a renovation two years prior. We enlarged our kitchen, put in a new ventilation system - we went through a really big effort to improve. We're the first restaurant in North America that has an ecological system that cancels out all toxic smoke from our grills. Because we grill with charcoal. And the city had imposed specific regulations and they targeted us — as per usual.

"We're the biggest and produce the most smoke so we're an easy target."

Romados is the poster child.
Right. We're the biggest and produce the most smoke so we're an easy target. But the city was harsh with us so we decided to go ahead and install a $250,000 ecological ventilation system. It involves changing filters every week at a cost of $2,000 per week. So it costs us $8,000 per month, on top of the $250,000 to blow green smoke. And the city's never done anything to help us. Never acknowledged it. And a lot of our competitors continue to blow dirty smoke in the air and pollute. I guess the city felt that because we were the biggest they resolved the problem. But there are still tons of rotisseries in the area blowing dirty smoke.

You can smell it.
Well it's not coming from us, I can tell you that much. 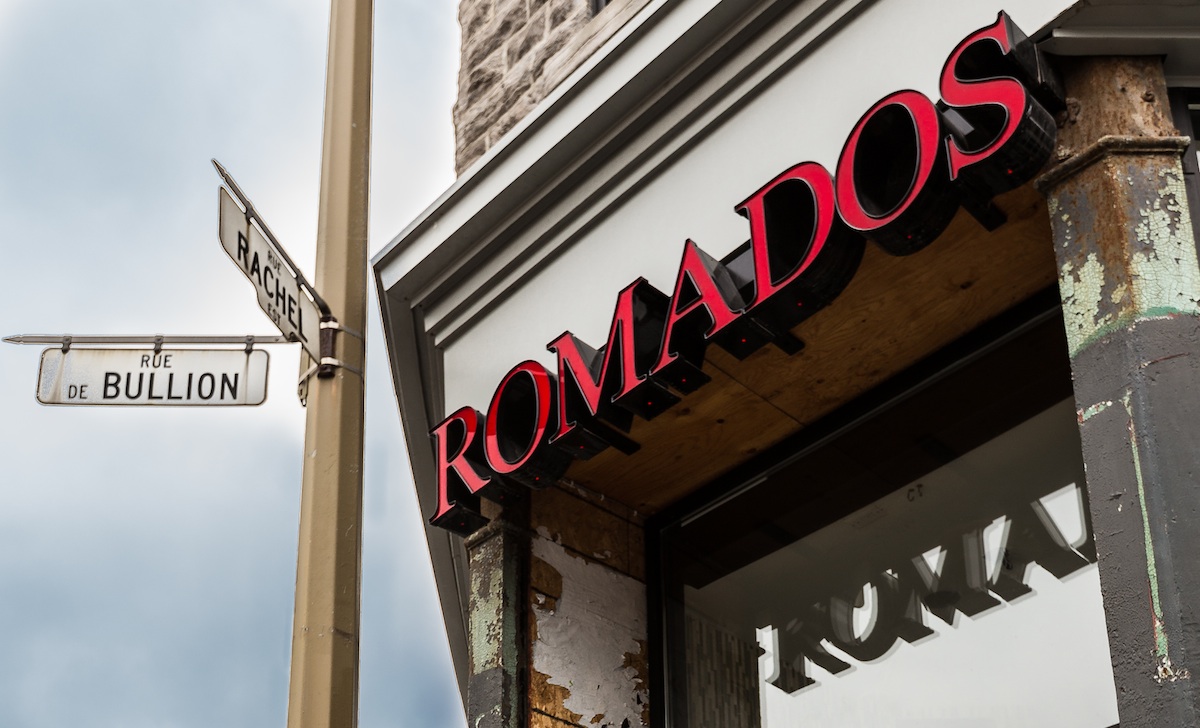 So how many chickens are you selling a week to pay for that fancy system?
We are selling a lot of chickens. We're not millionaires by any means but we're doing well. We sell about 600 chickens per day. That's about tops. Anywhere from 300 to 600 a day.

"We're not millionaires by any means but we're doing well."

Was your supplier able to keep up with the demand?
We deal with the biggest chicken supplier in the province so it wasn't a problem at all. We get our shipments every single day. Anywhere between 20 and 40 boxes of chickens.

That is intense.
Yeah it's intense. We go through a lot, a lot of chickens. But you know we're really happy with how things have gone over the past year. We made a lot of other changes also, in terms of how we operate and manage the restaurant. We just received our first big city inspection since the reopening and we got top marks on everything. They were really impressed. If we're going to stay on top we have to lead the way for how rotisseries should be run. We've never been in a better place.

And your dad's still here.
Dad's still here. He gets to sit, enjoy and relax. Every so often he'll point to things and I'll say, we're on it, we got it. My dad's happy. That was the most important thing for me. To make sure he's still very much involved and kept aware of everything that happens. So the grand patriarch is happy and we're going to make sure we're doing whatever we can to stay on top.