Long-time craft beer fans Alexandre Pontbriand and David Goudreau spent nearly 10 years touring North America in search of their favourite brews before taking the leap into opening their own place.

So when their new passion project, an 80-seater taproom in Rosemont-La-Petite-Patrie, Mellön, opened for takeout this weekend, the pair were blissfully surprised to see a stellar turnout.

“It was way beyond our wildest dreams,” Pontbriand said. “We had no idea how many people were going to show up, but the turnout was crazy, and we were so, so thankful for it.”

“After the year we’ve all had with the pandemic, it was a very welcome wave of love,” he adds.

Pontbriand estimates that opening weekend, on May 1 and 2, reeled in around 800 patrons, all told. A third were local to the neighbourhood, he notes — a factor of importance for both owners, who are striving to keep the space as community-oriented as possible. They hope to one day lend the taproom to Rosemont-based community organizations for fundraisers and events.

“The brewery of our dreams [is] a brewery where people from the neighbourhood would feel very welcome, and feel like they’re in their second living room,” Pontbriand says.

The pair hope to combine a local, down-to-earth atmosphere with the allure of original flavours that are good enough to try from out-of-town. Inspired by industrial taprooms in Toronto and Brooklyn, like Bellwoods Brewery and Other Half Brewing, Pontbriand and Goudreau plan to churn out two new beers per week and a special beer of the month to keep the menu fresh and inviting. The pair are IPA-lovers at heart, and say Mellön will honour these roots, with a menu that’s also rich in lagers. Patrons should also look out for a pilsner and a coffee stout. 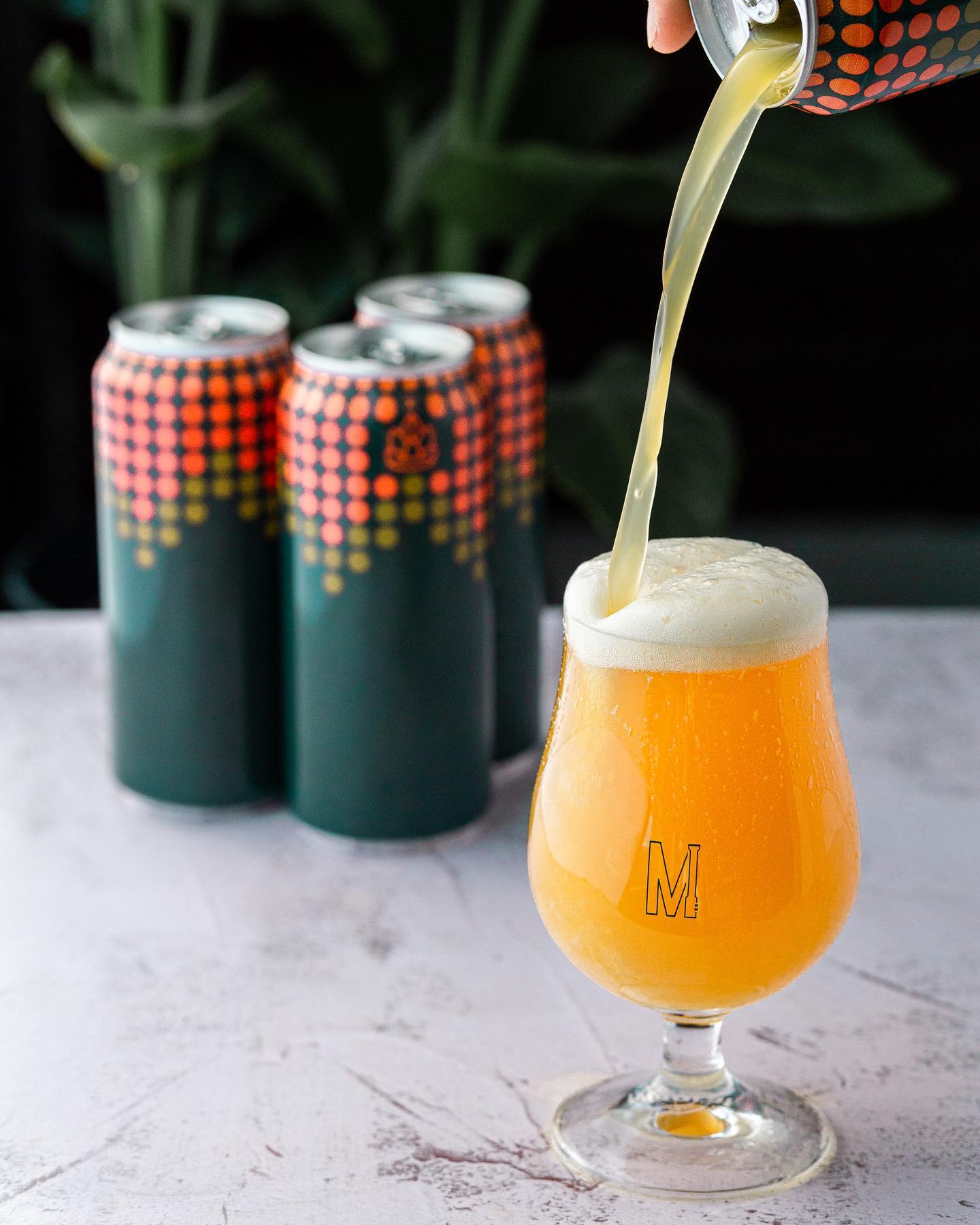 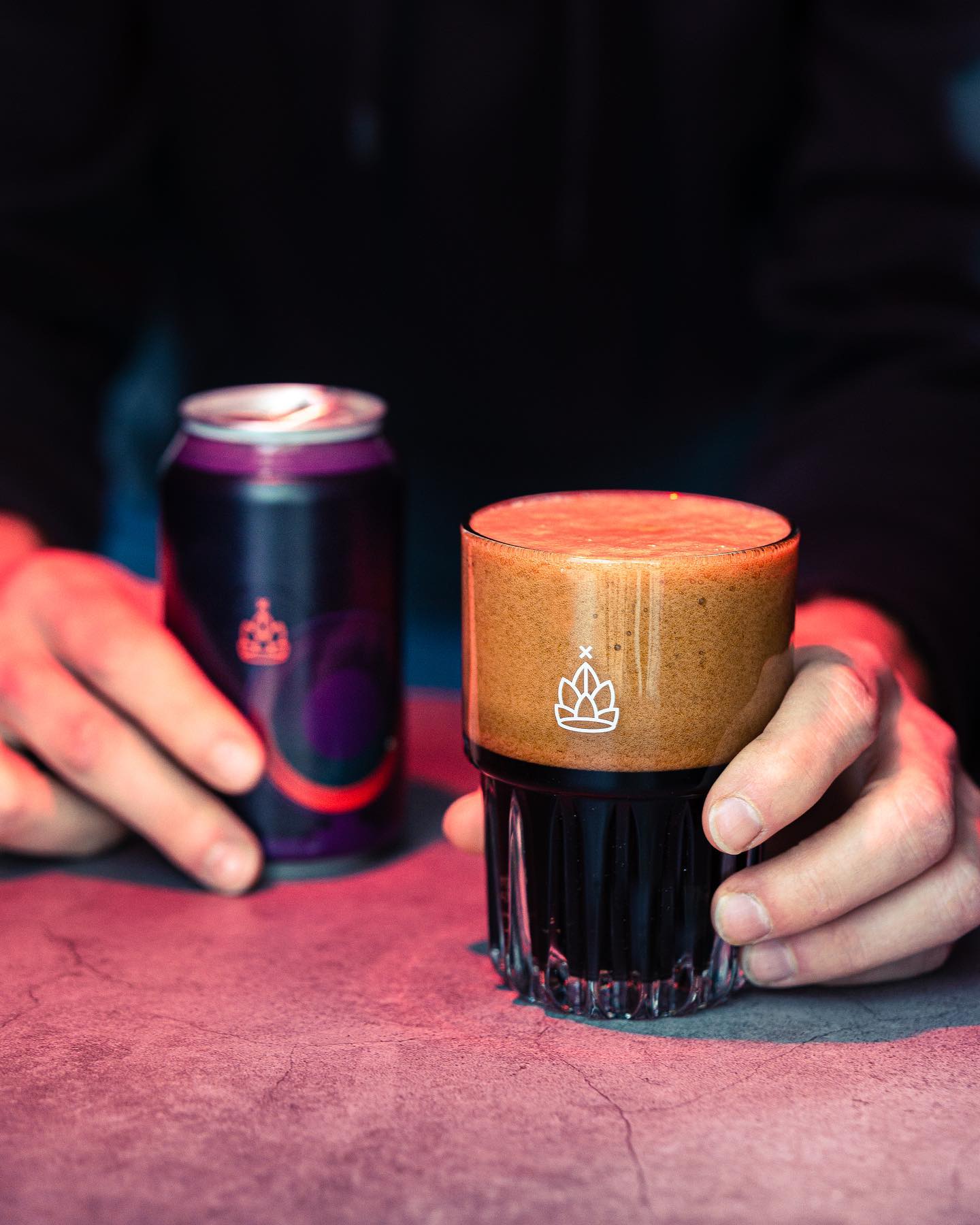 Though they’re currently operating under COVID restrictions as a take-out venue, with four-packs available to-go, Mellön’s 1,000 square-foot indoor social space will soon be accompanied by an outdoor terrasse that seats 50.

In his first foray into ownership, Pontbriad comes to Mellön after working in Montreal breweries like Hochelaga’s Avant-Garde and Rosemont’s Beauregard. Goudreau left a job in marketing to co-open the brasserie.

The pair are excited to expand their hours and space once COVID-19 restrictions are safely lifted. But Pontbriand says their goal isn’t to “become millionaires out of this business.”

“My goal is really to live off of our passion and good vibes with people,” he says. “We brew good vibes. Everybody here is welcome.”

Brasserie Mellön is now open for takeout on Saturdays and Sundays at 7141 rue Saint-André in Rosemont-La-Petite-Patrie.