ROSEMONT LA-PETITE-PATRIE — All-you-can-eat buffet Casa Corfu is shuttering after more than 20 years on Masson Street, Le Journal de Montreal reported last week. Though the owners, the Chronopolous family, declined to comment on the closure to the Journal, a spokesperson for the Quebec Restaurant Association says the restaurant’s business model likely became unsustainable after a year of lockdown and a pandemic that rendered buffets and indoor dining unsafe.

Casa Corfu has closed its location at 3177 Rue Masson.

LITTLE ITALY — Jean Talon street’s Bistrorante Boccone has closed its doors. Known for its traditional Italian staples, the restaurant opened in 2015 and quickly became known for its authentic eats and upstairs terrasse. Though there’s no word yet on what prompted the closure, the owners shared the news on Facebook: “It has been a pleasure to have shared this dream with you. So many of you started off as customers and became our friends,” a closure announcement on the restaurant’s Facebook page reads. “Thank you from the bottom of our hearts to have shared so many special moments together.”

Bistrorante Boccone has shuttered its location at 170 Jean-Talon Street East.

It is with a heavy heart that we share this post; we have made the difficult decision to close our doors...

OLD MONTREAL — Touk, Chef Chanthy Yen’s (Cantine Teré, Fieldstone) Cambodian street food pop-up, is making a comeback. Started in the height of the pandemic in the kitchen of Old Montreal’s Parliament Pub and Parlour, Touk served its final course in December (Yen hinted at a reopening at the time). The pop-up will reopen on its one-year anniversary on May 22 and 23 with $10 noodles, a nod to “curbside Cambodian” that will also ring in Yen’s birthday. (A post on Yen’s personal Instagram also teases at future offerings of Cambodian gastronomy lessons in the space.)

Touk will reopen on May 22 in the backdoor of Parliament Pub and Parlour at 351 Place d’Youville.

WEST ISLAND — The owners of cajun restaurant Bistro Nolah in Dollard-Des-Ormeaux have opened a ghost kitchen. At Charleston Poulet Frit, chef Richard Taitt and team have been serving up buttermilk fried chicken, coleslaw, french fries and sandwiches out of Bistro Nolah’s kitchen since January. Available for order on food delivery apps (Doordash, Chkplz, and more), the cuisine offers Nolah’s devoted clientele a “street food concept” at a lower price point, Taitt told Eater Montreal. Should the ghost kitchen go well, he notes, Charleston Poulet may one day have its own space.

Charleston Poulet Frit is now operating out of Bistro Nolah on 3669 Boulevard Saint-Jean, and is available for order from Uber Eats, DoorDash, Skip The Dishes, and Chkplz. 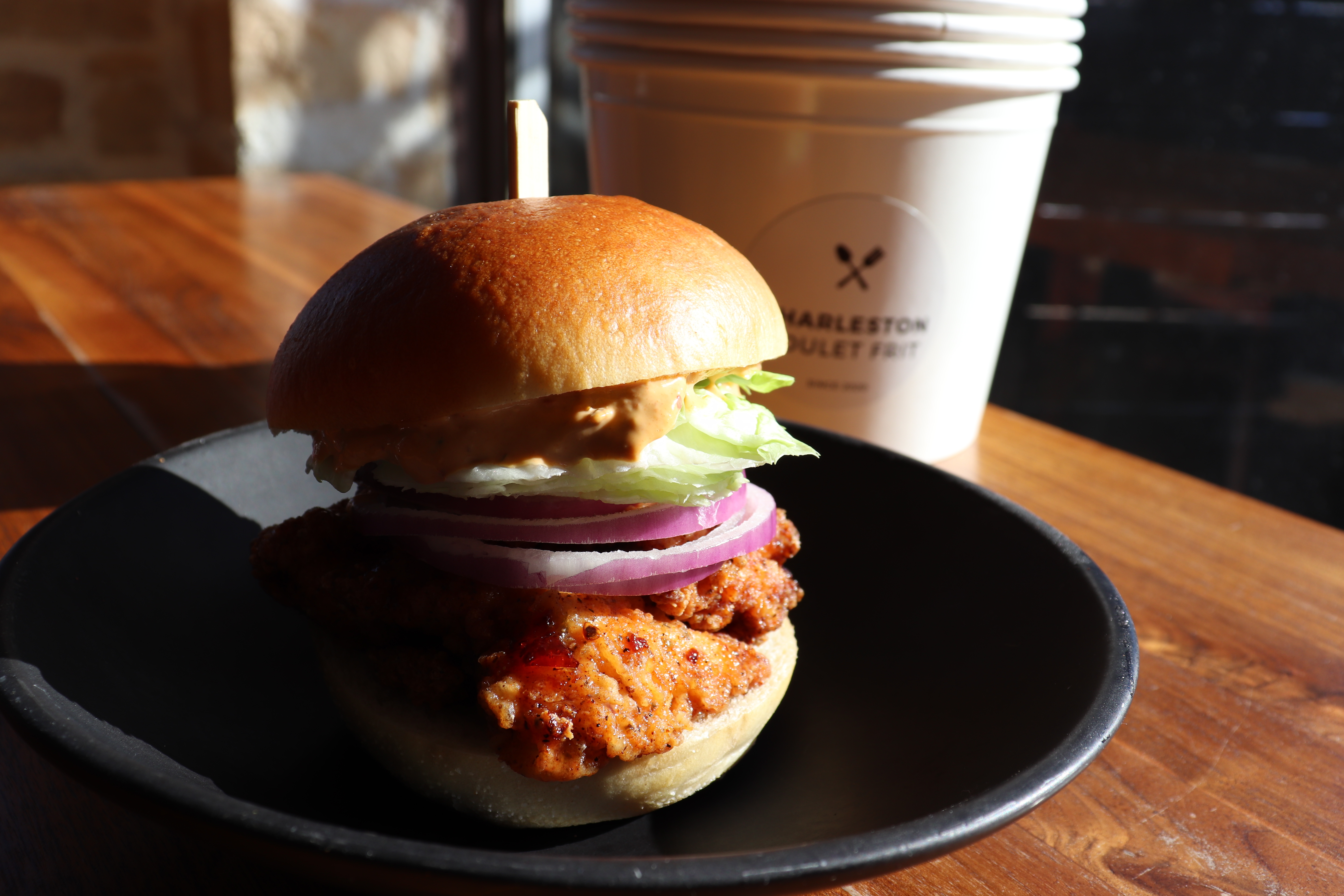 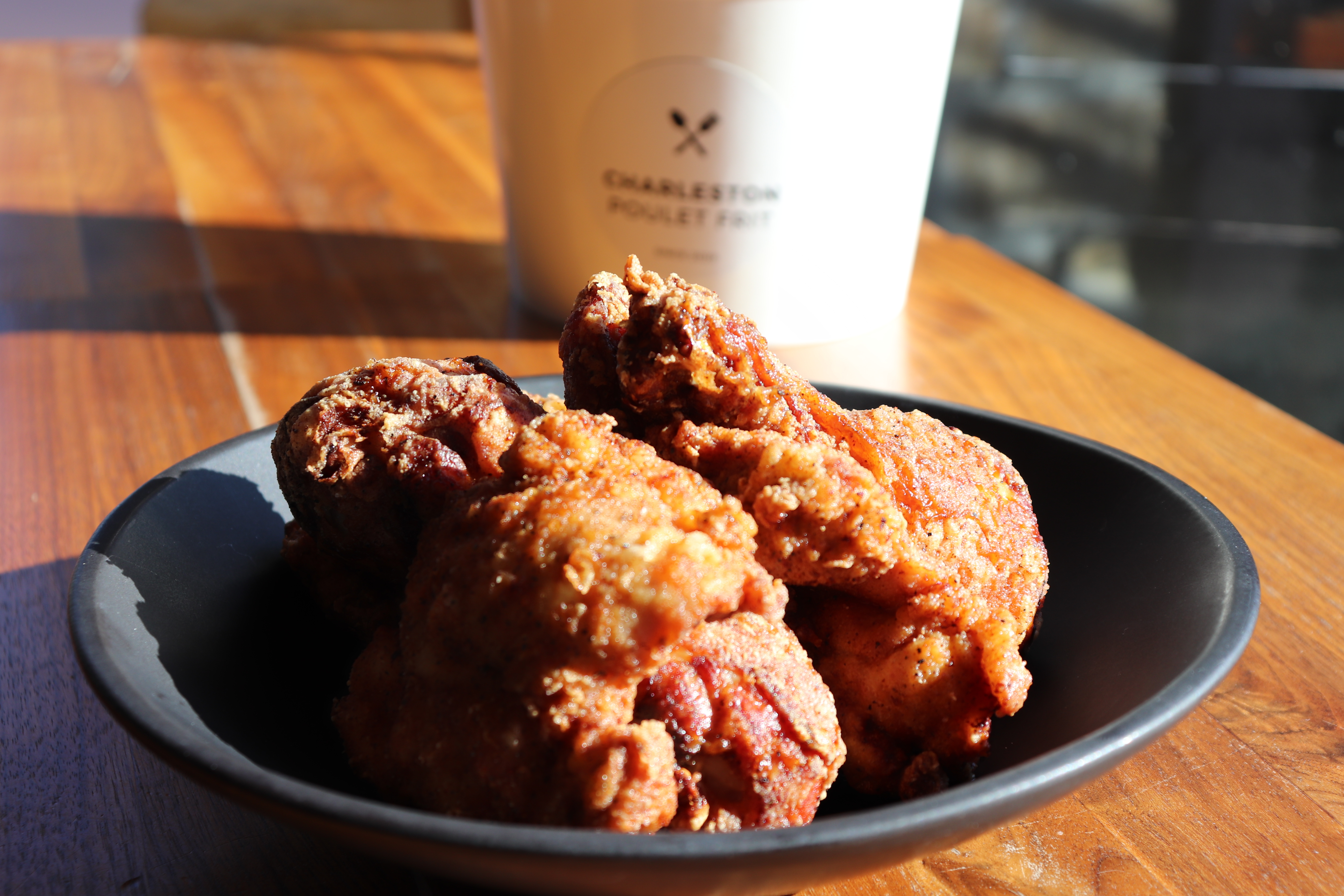 SAINT-HENRI — The owners of Mile End’s beloved Falafel Yoni are opening a stand in Atwater Market next week. The fast-casual Israeli-style falafel restaurant opened its flagship on St-Viateur in 2018, and announced its expansion into Verdun in March. The Atwater location will serve the same menu Yoni’s known for, the owners told Eater Montreal: Falafel pitas, salads and hummus.

CITY-WIDE — Montreal restaurateurs planted symbolic tombstones donning the names of their establishments in St-Louis Square on Sunday to protest the province of Quebec’s COVID-19 response. Frustrated by the toll the pandemic has taken on the restaurant industry, organizers demanded increased financial assistance, a dining room reopening plan and allowances for outdoor gatherings. “The restaurant and bar industry represents 13.6-billion sales, more than 20,000 establishments and more than 270,000 jobs in Quebec,” organizers shared in a Facebook post for the event, which took place the day after May Day. “This is intended to be a strong message to the government ... to show what our sector, our livelihood, will look like if there is no action.”